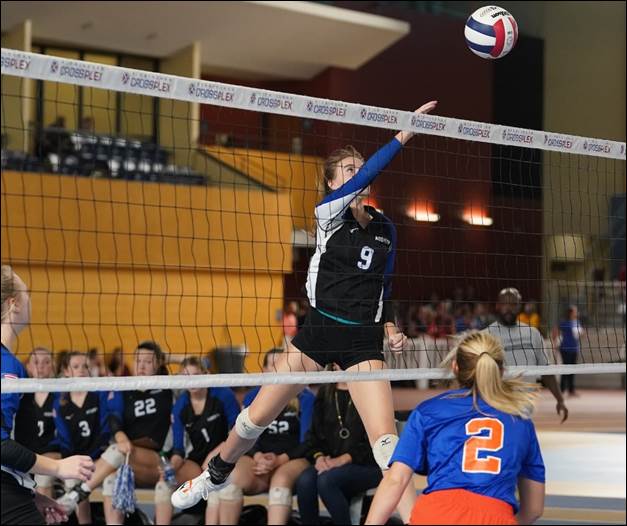 BIRMINGHAM – Addison High School kept its hopes for as third straight volleyball tilew alive Tuesday posting a quarterfinal win at the 52nd annual Alabama High School Athletic Association Elite 8 State Volleyball Championships, which got underway Tuesday at the Birmingham CrossPlex.
The Bulldogs, playing in 1A after winning three Class 2A titles in the past four years, will meet Spring Garden in the semifinals today at 4 p.m. Meek and Covenant Christian advanced to the other Class 1A semifinal at 4. The Class 1A state finals will be played at adjoining the Bill Harris Arena Wednesday at 12:30 p.m.
Classes 2A and 4A also get underway today with Finals Wednesday. Classes later today. Class 3A, 6A and 7A open play Wednesday at the CrossPlex with finals set for Bill Harris Arena Thursday. All matches are being live-streamed over the NFHS Network’s school broadcast platform.