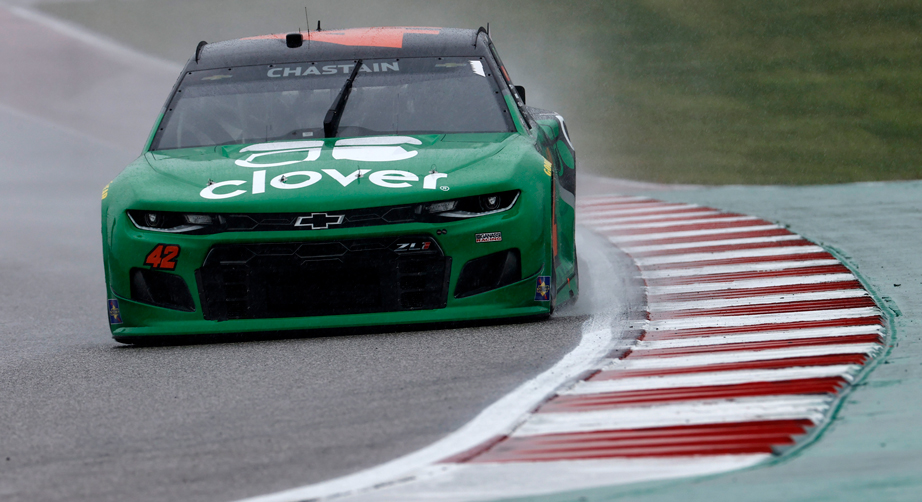 There‘s a lot to unpack after NASCAR‘s first visit to the Circuit of The Americas over the weekend.

The defending Cup Series champion finally made it to Victory Lane in 2021 and in the process scored his sixth career road-course win on Sunday. Elliott reaffirmed his status as NASCAR‘s current “King of the Road.”

Elliott‘s victory was the 268th for Hendrick Motorsports tying the organization with Petty Enterprises for the top spot on the all-time win list. All four Hendrick drivers have now won a race in 2021.

A much-needed solid outing for the Chip Ganassi Racing driver who has struggled in his first season behind the wheel of the No. 42 Chevrolet. Chastain‘s third-place finish on Sunday was his career-best Cup effort.

The Front Row Motorsports driver registered his fifth top-10 finish this season, his most ever in a single campaign. It‘s been a career year already for the Daytona 500 winner.

A second-place run in Saturday‘s Camping World Truck Series for Grala, who continues to impress in whatever opportunity he gets running a limited schedule for a number of teams this season.

The conditions on Sunday were brutal and the decision to run in such inclement weather was questioned after several on-track incidents. It‘s unfortunate COTA didn‘t get a chance to have a first-ever Cup race held in better weather.

The Stewart-Haas Racing driver was one of those drivers caught in an accident. Thankfully, he was not injured in the incident, but it led to a 37th-place finish.

Tough break for Suarez and the Trackhouse Racing team as they were hoping to continue the recent run of good finishes. But mechanical issues, including transmission problems during the race took Suarez out of any serious contention on Sunday.

The second half of the regular season carried over the frustration for Wallace and the 23XI team with a dismal 39th-place finish on Sunday.

A very difficult afternoon for Gragson and the JR Motorsports No. 9 team in Saturday‘s Xfinity Series race. His box score reads finishes of 32nd in Stage 1 and a final finish of 36th.