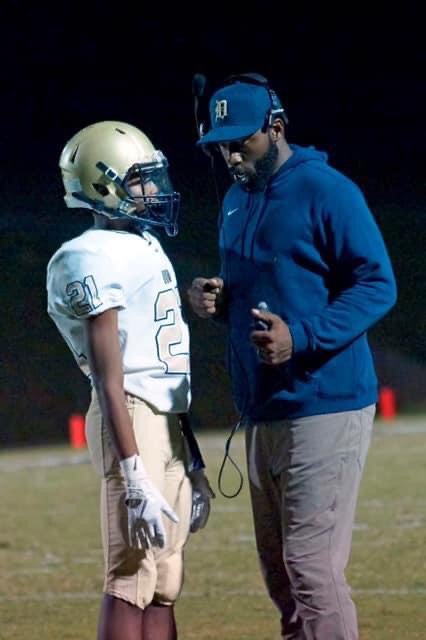 Former Dora and Sumiton Christian assistant coach Antwon Courington, who played football at Southern Miss, will join the Wal-Win Game of the Week broadcast crew this season at color commentary.

WJLX 101.5 will continue its longtime tradition of air Jasper Viking football games this season, but will also be joined by the return of the Wal-Winn Game of the Week on WJBE 88.5 featuring teams throughout the area.

With the retirement of iconic Voice of the Vikings Johnny Elmore, lead play-by-play duties on the Jasper games will pass to Elmore’s son and station manager, Brett Elmore; who brings a wealth of experience to the position. Returning for his 43rd season at color commentary is Woody Wilson, whose insight and witty quips have made him a fan favorite for generations.

Brian Hale, who served as play-by-play for several Jasper games last season, along with play-by-play for Bevill State Basketball and Softball, will assume the role for the Wal-Win Game of the Week. New to the broadcast team is former Southern Miss Golden Eagle Antwon Courington, whose experience as an assistant coach at Sumiton Christian and Dora will provide listeners a unique perspective at the color commentator spot.

“Every year we look forward to the privilege of broadcasting Jasper Football; it was so dear to my Dad, Johnny, as it is to myself and Woody, we’re happy to bring the fans those great calls that they’ll remember for years to come,” Brett Elmore said. “We’re extremely excited to have Antwon join our team, he will bring a special insight into the Wal-Win Game of the Week broadcasts that will gel perfectly with Brian’s play-by-play.”