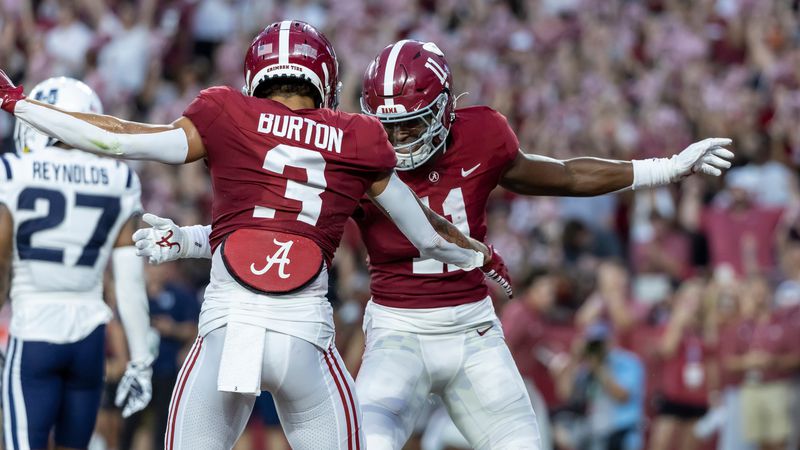 TUSCALOOSA, AL – The top-ranked Crimson Tide started the 2022 season with a dominant 55-0 win over Utah State.

Alabama ran away with the game early on, putting up 41 on the Aggies in the first half.

Young also rushed for 100 on 5 carries and an additional score.

Traeshon Holden was the top target of the night, catching 5 passes for 70 yards and 2 touchdowns. Likewise, Jermaine Burton also accounted for 2 scores.

On the other side of the ball, the Bama defense held Utah State to just 57 passing yards and 37 on the ground.

Coach Nick Saban and the Tide will travel next Saturday to Austin, TX to face the Texas Longhorns (1-0).