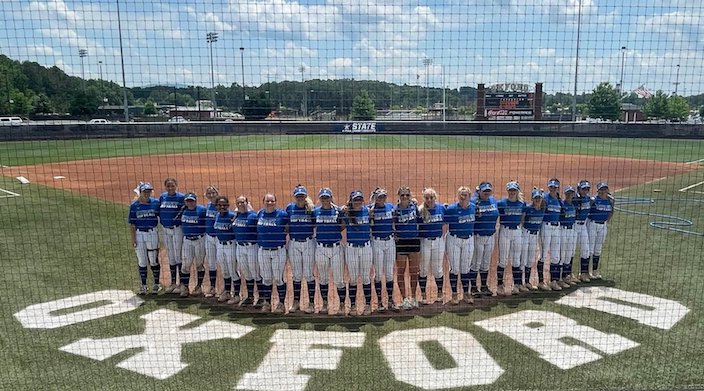 A new championship era has begun for the Curry Yellow Jackets.

With a 2-1 victory over Geneva on Friday in the AHSAA Class 4A State Tournament championship final, the Yellow Jackets won their first title since 2016, as well as first under head coach Dave Lawson.

The battle-tested Yellow Jackets went undefeated in the post season, dating back to their sweep of the Area 11 Tournament and North Regional, then culminating with their unblemished State Tournament campaign.

Curry had to work hard for the title. With the game tied at 1-1 in the fifth inning, Ambrey Taylor, who had won MVP honors in this year’s Walker County Tournament, made the play that earned her State Tournament MVP as well, as she drove-in Reese Miller on a triple in what would be the clutch moment of the contest.

Along with Taylor, Shelton State signee Alayna Key — who finished 1 for 3 at the plate — and Jacksonville State signee Linley Tubbs were named to the All-Tournament team.

Ella Wright started the game in the circle, giving up just a ran, four hits and striking out two batters in four in two-thirds innings. Alena Howse pitched the remaining two and one-third shutout innings, giving up one hit.

Also at the plate, Miller finished with a hit along with the run scored, Jenna Madison drove-in a run on a hit and Kylee Trotter scored a run.

The Yellow Jackets finish the year as the top-ranked team in Class 4A with a 45-11 record.

WJLX was on hand to capture the final play of the game, presentation of the All-Tournament team, awarding of the championship trophy and an interview with Lawson and Taylor — which will be posted soon.