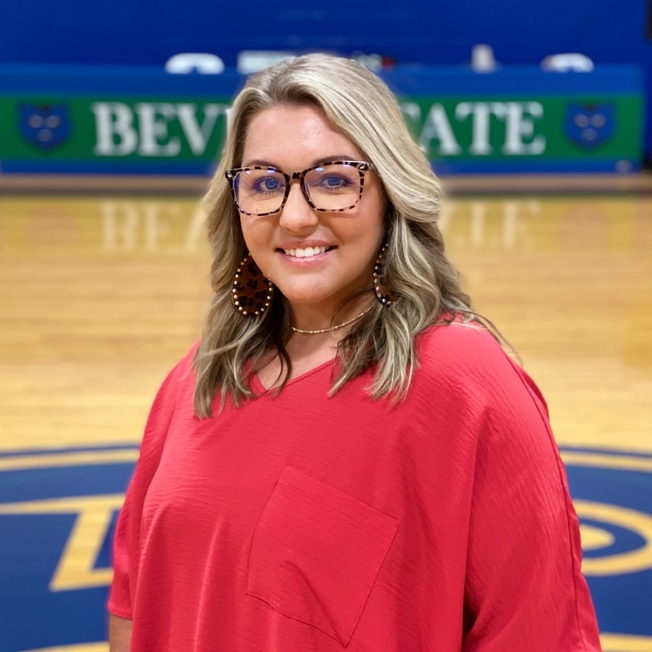 Bevill State Community College (BSCC) is excited to announce the appointment of Danielle Cohoon as the new Sponsor for Bevill State Cheerleading. On May 20, 2022, Bevill State announced that cheerleading would be reintroduced for the BSCC Basketball program located on the Jasper Campus.

Danielle Tittle Cohoon graduated from Carbon Hill High School in 2009. During high school, she cheered 9th-12th grades, earning three County Titles, three State Titles, and two National Titles. Cohoon continued cheerleading at Wallace State from 2009 until 2010. Shortly after moving back to Walker County, Danielle married Alex Cohoon. They have been happily married for 12 years. They have two boys, Keagan (11) and Kyson (7). Aside from cheerleading, Danielle enjoys watching her boys play sports, enjoying the lake, spending time with family, and photography.

Bevill State Athletic Director, Max Weaver, stated, “At Bevill State, we are very excited to bring the cheer team back for our basketball program on the Jasper campus. It is definitely an addition that will provide excitement and enhance the collegiate atmosphere at our home basketball games at Glen Clem Gymnasium. Our new Cheer Sponsor, Ms. Danielle Cohoon, is a very dynamic leader and very knowledgeable in the area of cheerleading and will be providing a great experience for our new cheer team members. It’s also a great new scholarship opportunity for interested students in our service area as they support Bevill State Athletics.”

“Cheerleading has always been such a big part of my life; it has been the one thing that has kept me grounded. From the young age of 4 years old, I knew I would turn it into a career because of the love I had for the sport. Over the years, I have coached many young athletes and I am so excited to embark on this journey as a college cheerleading sponsor,” said the new Bevill State Cheerleader Sponsor, Danielle Cohoon. “I look forward to working with young adults from our area and the surrounding areas to further not only their cheerleading career but also to be a mentor in everyday life. I’m humbled that I would be chosen for such a big role here at Bevill State. Go Bears!!!!”

“Bevill State is excited about the return of cheerleading. I know that Danielle Cohoon will be an asset as the cheerleader sponsor for the College. Her experience, skills, and credentials are going to allow the Bevill State program to attract quality cheerleaders to represent Bevill State,” Dr. Joel Hagood, President of Bevill State Community College, said.

Cheerleading tryouts for the upcoming 2022-2023 basketball season are tentatively scheduled for July 20 and July 21, 2022. Specific details concerning tryouts will be released at a later date.