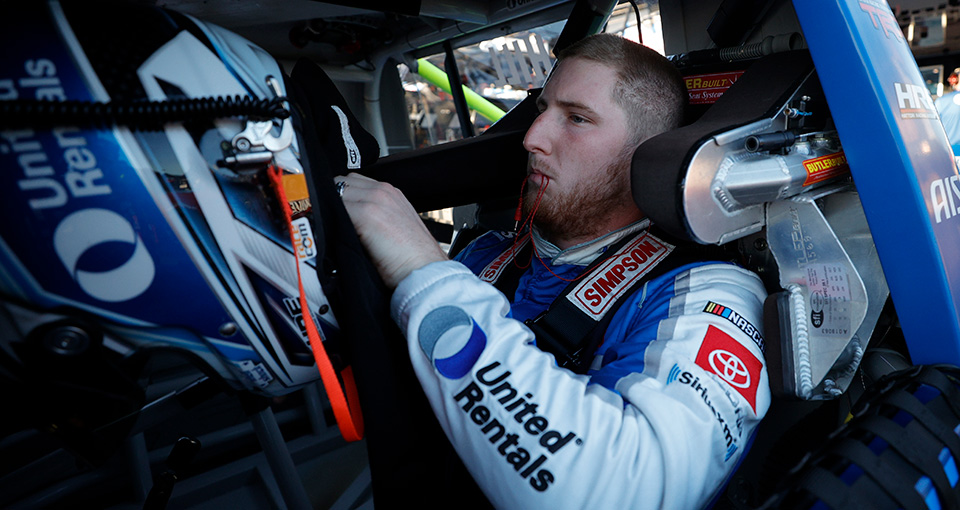 Las Vegas is Hill’s only track on the schedule that he’s posted multiple wins at and its spot on the schedule couldn’t come at a better time. After an early-season off weekend, Hill returns to the track, but finds himself 25th in the standings following a tough start to the season in the two races at the superspeedway and road course at Daytona.

“It was good to have those two races under our belt and then kind of have a refresher because they didn’t really end up the way that we would hoped,” Hill said. “We’ve got a little bit of a hole that we got to dig out of.

“Las Vegas is one of those race tracks that we get around really well, so I’m excited.”

Hill took a liking to the 1.5-mile Vegas track from the first time he went there, especially with Hattori Racing Enterprises, and crew chief Scott Zipadelli, with two wins in his last three starts.

“I really can’t point out really anything other than just having some really fast Toyota Tundras,” Hill said when asked on why he’s so good at Vegas. “Scott and all the guys in the shop they work really hard each and every week and, you know, we just have a package that works really well there.”

One of the areas at Vegas that works well for the team is being able to navigate through the bumps in Turns 1 and 2.

“I feel like we get through the bumps probably better than anybody or just as good as some of those top guys,” Hill said. “There’s just something about our trucks, you know, with shocks and springs and everything else, geometry, whatever it is we just get through the bumps really, really well.”

A 33rd-place finish at the Daytona Road Course will put Hill is a different spot to start than he’s used to at Las Vegas. Hill has yet to start outside the top 11 in his last four Vegas starts, but this time around he’ll have to start 31st with no qualifying and the lineup set by Daytona metrics.

“It’s going to be tough for us this go-around though because with us having those two Daytona races outside the top 20 finishing. We got a long ways to go throughout this race and kind of short time to do it,” Hill said. “The race is going to go quick, it’s only 134 laps.

“I want to methodically kind of work my way up there but also be aggressive at the same time because I know that having new tires and getting up through the field is a lot easier when you have fresh Goodyear tires under you, rather than have some worn-out tires. So just makes it that much harder to pass when your when your front end starting to lose grip. It’s just it’s going to be tough for us. We’re going to have to battle, maybe play some pit strategy, but I think that we can get up front and take it to these guys and hopefully come home with another win.”

Restarts, that also will have the choose rule, are going to be important at Las Vegas. Last September in the playoffs, Hill led the final 39 laps after taking the lead from Sheldon Creed, who he ended up holding off for the victory.

“That’s how we won last year at Vegas is we had a heck of a restart,” Hill said. “We got the lead, and we were able to hold them off just keeping dirty air in front of the guy behind us and just keeping that clean air. So, I think that restarts are going to be wild. You’re going to see three-wide. I mean, I say you’re going to possibly see four-wide. I hope I’m not in the middle of a four-wide situation, but I think you might see four-wide every now and then.”

Hill finished third last year in this event from the sixth starting position. Defending race winner Kyle Busch, who is making his first series start of the season, is one of the 40 drivers that will start Friday’s race, which can be heard live on the Motor Racing Network starting at 8:30 p.m. ET.