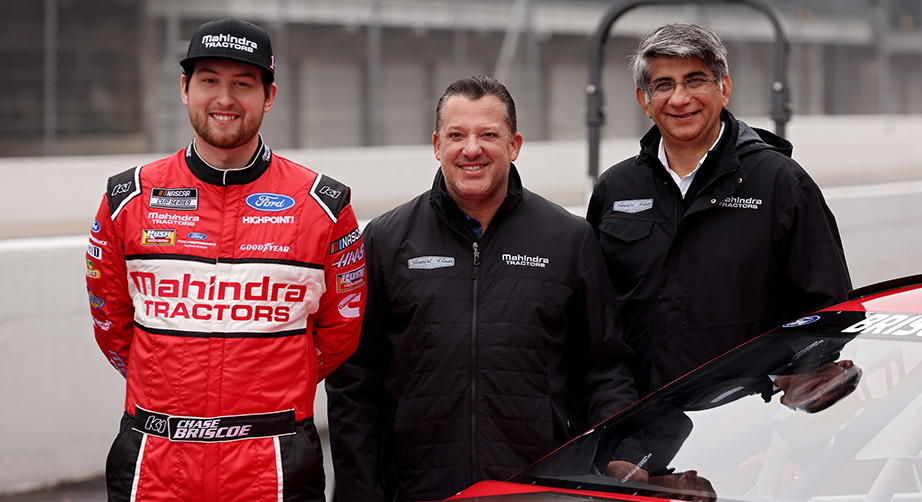 Chase Briscoe looks to follow his NASCAR Cup Series Rookie of the Year campaign with an even better second season with Stewart-Haas Racing.

Briscoe locked up freshman honors in 2021 after a year that saw him finish 23rd in the Cup Series point standings with three top-10 finishes along the way. Two of those were sixth-place efforts at Circuit of The Americas and Road America, further cementing his reputation as a solid road racer after he proved the same during his Xfinity Series career.

But now Briscoe is hoping to take another step forward in season two behind the wheel of the SHR No. 14 Ford Mustang and he believes he has every opportunity to do so.

“I think that’s one thing I learned more than anything this year in my rookie season. There was, I would say five, six races where we had speed capable of running up inside the top three or five. And, you know, we just didn’t do all the little things right. And I didn’t do all the little things right. To be able to capitalize on that. And that’s the difference in running second or third versus running sixth or seventh in the Cup series.”

All of that on-the-job training and experience has Briscoe counting down the days to the start of the new season.

“The NASCAR Cup Series is the toughest racing I‘ve ever been a part of. It‘s so competitive,” said Briscoe, who will have new sponsor Mahindra supporting his effort in 2022. “I learned so much this year and I really can‘t wait to apply it all next season.”

RELATED: Mahindra partners with Stewart-Haas Racing as anchor sponsor of Briscoe, No. 14 Ford

The new season of course also brings the debut of the much-anticipated Next Gen Cup car. Team co-owner Tony Stewart believes the transition to the new car will be another benefit for Briscoe to develop and improve as a Cup driver.

“To have a great rookie season, get to go to all these tracks and race with all these drivers before we go to a Next Gen car next year I think was a great advantage for him, but I feel like it‘s a level playing field for him, now,” said Stewart.

“Nothing is new anymore other than the car, and it‘s a new car for everybody, so I feel like this is a chance for Chase to shine with a new race car and a new partner that is bringing a lot of excitement to the shop already.”