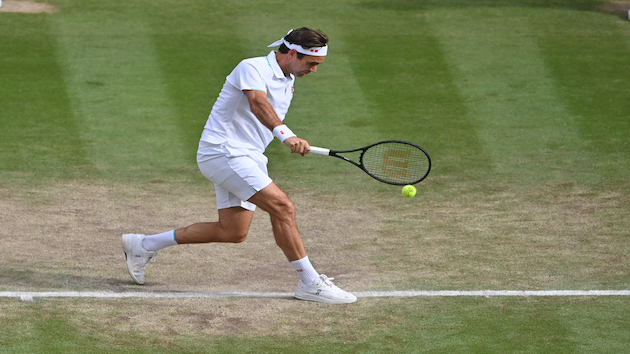 (TOKYO) — Roger Federer has announced he has withdrawn from the Olympics after suffering a setback with his knee during the grass-court season.

“I am greatly disappointed, as it has been an honor and highlight of my career each time I have represented Switzerland,” Federer said on Twitter.

The 20-time grand slam champion played at Wimbledon. He made it to the quarterfinals before losing to Hubert Hurcakz in straight sets.

Federer has played in just five tournaments all year, including Wimbledon and the French Open, going 9-5.

Last year, he only played in the Australian Open before he had two knee surgeries.

The first came in February 2020 when Federer underwent arthroscopic knee surgery, which forced him to miss the clay-court season.

Following his second surgery in June 2020, Federer announced he would not play until the 2021 season.

Federer returned to the court at the Doha Open in March. He won his first match but lost his second.

His last grand slam win came in 2018 at the Australian Open.

Top female athletes speak out amid Olympics, defy convention through their uniforms