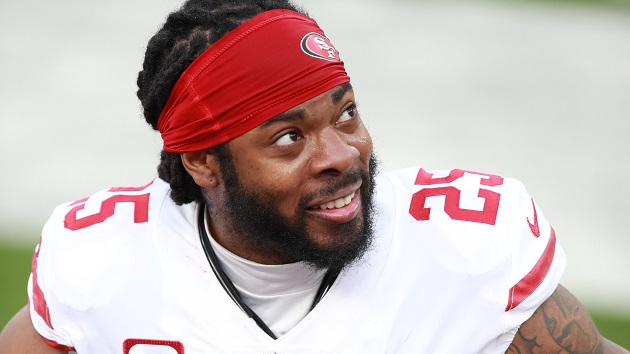 (SEATTLE) — NFL cornerback Richard Sherman was booked at the King County Correctional Facility and is under investigation for burglary domestic violence, according to the jail’s records. The story was first reported by ESPN’s Adam Schefter.

According to the jail’s records, Sherman was also denied bail.

The NFL Players Association released a statement saying it knows about the arrest. Sherman serves as a vice president on the executive committee of the union.

“We were made aware last night of the arrest of one of our player leaders for an alleged domestic violence incident and have activated our domestic violence crisis protocol for the protection and support of everyone involved,” the statement said. “We will continue to monitor the situation closely as more facts are made available to us.”

NFL has ‘steep hill to climb to make amends’ for race-norming in concussion settlement program: Senator

Negotiator of NFL concussion settlement program on race-norming: ‘I was wrong’