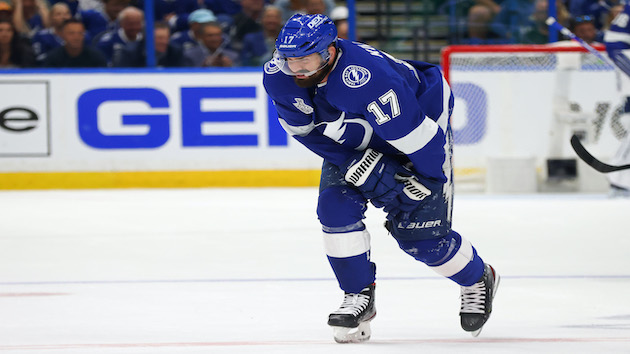 The Lightning are up 3-1 in the series after dropping game four in Montreal.

Tampa Bay will likely be without forward Alex Killorn again, according to head coach Jon Cooper.

Killorn took part in pre-game warm-ups during game four but did not play.

He has missed the past three games since taking a puck off a skate in game one. The forward has 8 goals and 9 assists this postseason.

Cooper said he doesn’t expect any lineup changes ahead of the game.

Tampa Bay can become the first team to win the Stanley Cup at home since 2015 when the Chicago Blackhawks beat Tampa Bay.