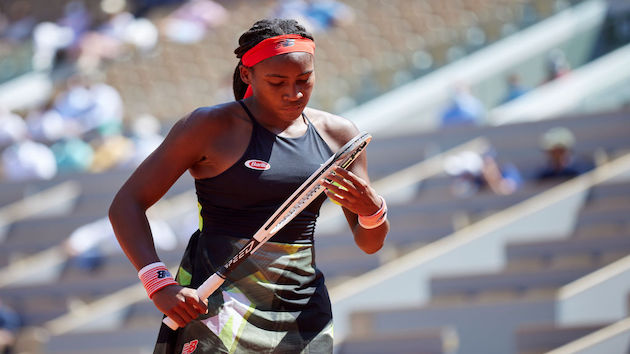 (PARIS) — 17-year old Coco Gauff fell short at the French Open after losing 7-6 (6), 6-3 to unseeded Barbora Krejcikova in the quarter-final on Wednesday.

Gauff led early in the first set 3-0 but could not convert the five set points she held, allowing Krejcikova to comeback and take the last four points in the tiebreaker. In the second set, Krejcikova had no trouble and jumped out to a quick 5-0 advantage behind a dominating 15 straight points.

Krejcikov advances to the semifinals where she’ll take on 17th-seeded Maria Sakkari on Thursday. In Sakkari’s first ever match against Iga Swiatek, she ousted the defending champion 6-4, 6-4 in straight sets on Wednesday to set up the showdown.

Anastasia Pavlyuchenkova will face Tamara Zidansek in the other semifinal slated for Thursday.

Naomi Osaka says she will withdraw from 2021 French Open