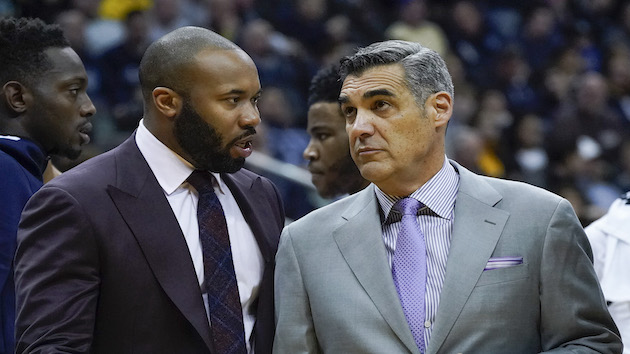 This will be Neptune first head coaching job.

The 36-year-old from Brooklyn starred at Lehigh University before joining the Wildcats in 2008 as an administrative intern and video coordinator.

He is the longest-tenured assistant for Villanova. During his eight years in his current position, the Wildcats have averaged just over 30 wins per season, won five Big East tournament titles, and two National Championships.

During a zoom press conference with reporters on Monday, Villanova head coach Jay Wright would not confirm the hiring but praised his young assistant.

Source’s tell ESPN the hiring will be officially announced this week.

Neptune will take over for Jeff Neubauer, who left his position in January in his sixth season.