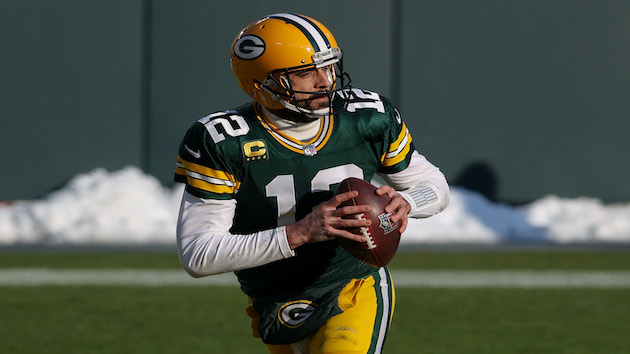 (NEW YORK) — Green Bay Packers quarterback Aaron Rodgers declined a two-year contract extension that would have made him the highest-paid quarterback in the NFL, according to ESPN’s Adam Schefter.

The new contract would have kept Rodgers in Green Bay for another five years. Kansas City Chiefs quarterback Patrick Mahomes has the largest contract in the NFL, which pays him an average of $45 million a year for ten years.

During the NFL draft in April, Schefter reported Rodgers did not want to return to the team. The team has said they will not trade him.

Rodgers has not participated in any off-season work with the team, including skipping the mandatory minicamp in June. Instead, he has been seen on vacation in Hawaii, hosting Jeopardy and playing in ‘The Match’ with Bryson Dechambeau against Tampa Bay quarterback Tom Brady and golfer Phil Mickelson.

Rams running back Cam Akers tears achilles, out for year – according to ESPN