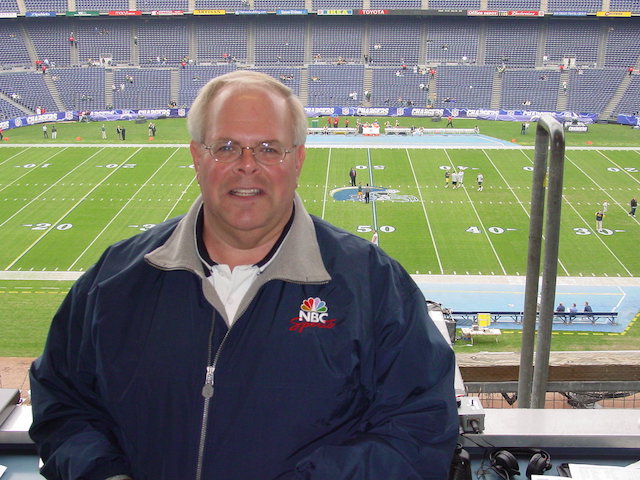 Jasper, Ala. – Eli Gold, the radio play-by-play voice of Alabama Crimson Tide, will be the guest speaker at the Jasper Viking Football Banquet and Auction on Saturday, August 7.

The banquet, held at the Jasper Civic Center at 6 p.m., will feature dinner and a live and silent auction, as well as the address by Gold. Tickets are $50 each and tables are $400. Food will be catered by Warehouse 319.

“To say this football program is excited to welcome Eli Gold to Jasper is an understatement,” said Jasper head football coach Philip Bailey. “We look forward to hosting the event and listening to Eli’s stories that span over five decades of announcing.”

Gold has served as the radio play-by-play voice of the Crimson Tide since 1988. In addition, he has added coverage of Alabama baseball, softball, soccer, volleyball, and women’s basketball on the SEC Network to his resume.

In the fall and winter months, Gold is part of Sports USA’s coverage of the National Football League. He handles the play-by-play of NFL games in addition to play-by-play of post-season college football bowl and all-star games for Sports USA.

He has also served as a play-by-play announcer for CBS Sports, NBC Sports, ESPN, and TNN Motorsports in their coverage of NASCAR racing.

Born in December 1953 in Brooklyn, New York, Gold resides in Birmingham with his wife of 44 years, Claudette, and their daughter Elise, who is a graduate of The University of Alabama.

Gold’s broadcasts can be heard on the official home for Alabama Athletics, WJLX Oldies 101.5. WJLX fall lineup for Crimson Tide football includes the Nick Saban Show on Thursday nights at 6:30 p.m. and football broadcasts on Saturday.