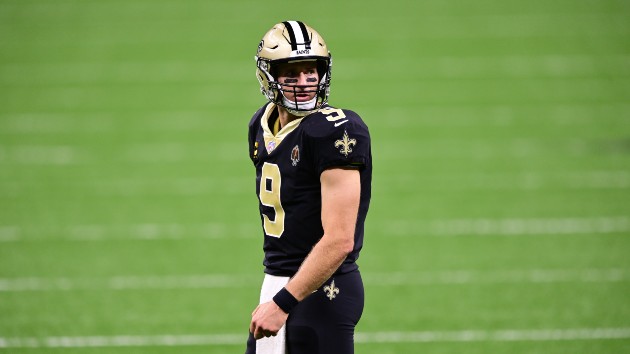 (NEW YORK) — New Orleans Saints quarterback Drew Brees is hanging up his cleats after 20 years in the NFL.

In a video posted to his Instagram account on Sunday, the 42-year-old’s four children announced their father’s retirement.

“After 15 years in the Saints and 20 years in the NFL, our dad is finally going to retire so that he can spend more time with us,” his children cheerfully announce in the video.

Brees wrote an accompanying caption to the video, saying, “I am only retiring from playing football, I am not retiring from New Orleans.”

“This is not goodbye, rather a new beginning. Now my real life‘s work begins!” he concluded.

Brees was drafted by the San Diego Chargers in 2001. He played with the Chargers through the 2005 season, and joined the Saints the following year. He remained with the Saints through 2020, his final season in the NFL.

In his two decades in the league, Brees amassed 80,358 passing yards, 571 touchdown passes and a 67.7% completion percentage.

In the NFL, these women are making a power play for change

Roger Goodell excited for fans, being on stage at 2021 NFL Draft