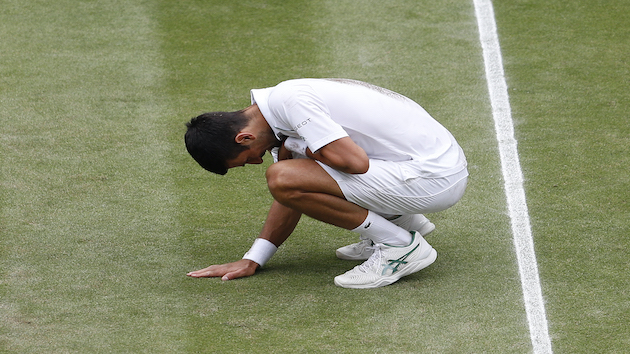 It is Djokovic’s sixth Wimbledon title and his 20th grand slam title. The 20 titles ties Roger Federer and Rafael Nadal for the most all-time.

Djokovic can complete the calendar grand slam at the US Open in September.

He’s simply the best, and thrives on pressure. The Golden Slam is still in his sights.

The Serbian can complete the Golden Slam by winning the gold medal at the Tokyo Olympics and by winning all four majors.

This is a developing story. Please refresh for the latest details.

What is a Golden Slam? Novak Djokovic at Olympics steps closer toward men’s tennis history