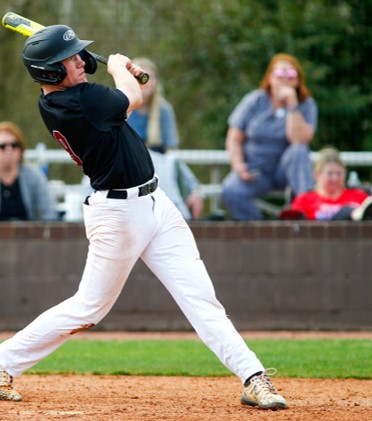 Sumiton Christian’s Jordon Robertson tossed a five-inning no-hitter on Saturday, leading the Eagles past Athens Bible in the opening game of a double header at Blair Field.

The Eagles won the game 10-0 with Robertson allowing just a walk while striking out nine batters.

Sumiton Christian took a 3-0 lead into the third inning and pushed across five runs in the third to make the score 8-0. Yancey Young had a two-run double in the inning and Josh Hicks added a two-run single.

The Eagles ended the game with two runs in the bottom of the fifth.

Ingle took the loss, allowing three runs, no earned runs, on four hits and three walks while striking out five in 4 1/3 innings.

Corner scored nine runs in the opening inning and led 15-0 going into the bottom of the third on its way to a 20-13 road win over Cherokee County on Saturday.

Corner (2-5) is scheduled to host Priceville on Tuesday.

Meek dropped its season opener on Saturday, falling to Hubberville 14-2 at home.

The game was tied 2-2 until the Lions erupted for 10 runs in the third inning.

Braxton Dickerson started the game on the mound and took the loss, allowing eight earned runs and striking out two in 2 2/3 innings.

Meek plays at Lynn on Tuesday.

Sipsey Valley used a five-run fourth inning to pull away from Jasper in a 10-4 home victory over the Vikings on Friday night.

Jasper trailed 5-4 going into the bottom of the fourth.

Jackson Ballard got the start and took the loss for Jasper, allowing nine runs, three earned, on four hits and one walk with four strikeouts in 3 2/3 innings.

The Vikings (5-3), who have lost three straight games, are scheduled to play at Mortimer Jordan on Tuesday.