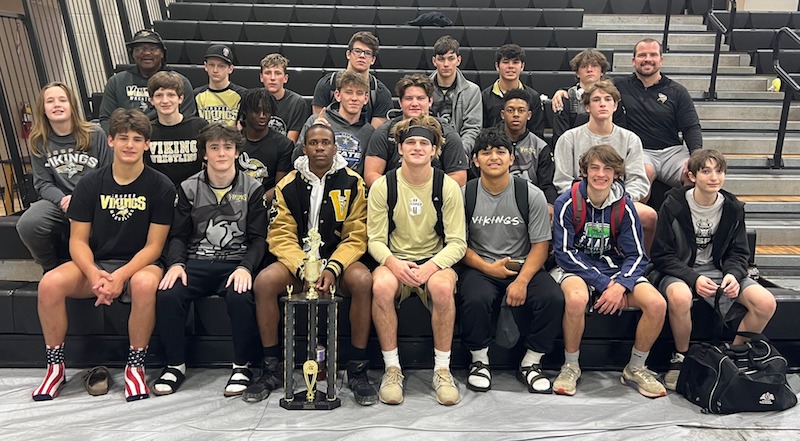 The Jasper Vikings wrestling team opened the 2021-22 season in top form, going 5-1 during the two-day Hayden Thanksgiving Duals Tournament to finish in first place and earn the tournament trophy.

On Tuesday, the Vikings posted wins over Dora, Fultondale and Springville to finish the day perfect.

Dora’s Kaleb Patterson (160 lbs.) picked up a win by pinfall.

In the 57-24 win over Springville, Samuels, Nash, Brooks, Preston Reed, Burnam, Carter and Langley all won via pinfall and Garrett Caldwell scored a 6-1 decision victory.

Jasper opened Wednesday with a loss to Mortimer Jordan, followed by a win over Ashville and a  victory in the finals over Hayden.

Individual results of the match against Mortimer Jordan will be posted at a later date.

Parsons pull away from Bears in second half