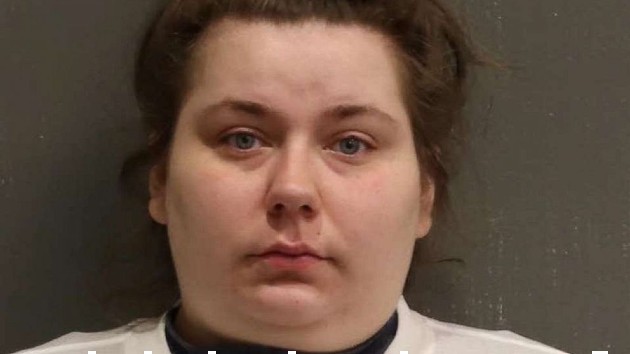 (NASHVILLE, Tenn.) — A Taco Bell employee was arrested on Monday in Nashville, Tennessee after she and her coworkers allegedly set off fireworks inside the restaurant, causing the building to catch fire as they watched from afar and accidentally locked themselves out.

The incident occurred on July 5, at one of the fast-food chain’s locations in Tennessee’s capital city. But the investigation into how the blaze began took a turn on July 8, when the restaurant’s management called local fire investigators to report that surveillance cameras had captured their employees playing with fireworks inside of the establishment, according to a statement released Monday by the Nashville Fire Department.

“According to the surveillance footage, the employees can be seen locking the doors to the dining room to keep customers from entering the business,” the fire department said in the statement. “The video then shows the employees running around the inside of the store with fireworks in their hands.”

At one point in the video, the employees can be seen going into the men’s bathroom, where they are out of sight of the camera for a short period of time, before returning to the lobby and placing an item into a trash can near the door, according to the Nashville Fire Department.

“Employees are seen using their cell phone cameras to record the trash can from the outside of the restaurant,” the fire department said. “Employees then realized they locked themselves out of the restaurant. The employees tried unsuccessfully to get back into the store. When the employees saw the trash can start to smoke, they called 911 for help.”

The footage has not been released.

Firefighters arrived on scene a short time later and were able to force their way into the restaurant to extinguish the flames.

The Nashville Fire Department estimated that the fire caused more than $30,000 worth of damage to the inside of the restaurant. Investigators also found damage inside of the men’s bathroom where it appeared fireworks were ignited inside of the trash can.

The restaurant’s shift leader, 25-year-old Courtney Mayes, was taken into custody on Monday and charged with felony aggravated arson. She is being held on a $5,000 bond at the Davidson County Jail in Nashville.

The investigation into the incident is ongoing, and the Nashville Fire Department said it expects additional arrests “in the coming days.”

One nation under fire: A week’s glance at gun violence ripping across America