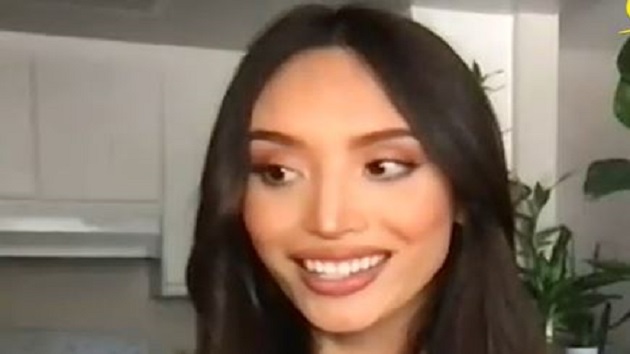 (LAS VEGAS) — Kataluna Enriquez made history on June 27 by winning the title of Miss Nevada USA and becoming the first openly transgender contestant who will compete in the upcoming Miss USA competition.

Enriquez, who is Filipina American, beat out 21 other contestants to win the crown at the South Point Hotel Casino in Las Vegas. In March, she also became the first transgender woman to represent Miss Silver State USA, an official preliminary for Miss Nevada USA.

“I am so happy and grateful to be Miss Nevada USA 2021 and represent our state Nevada in this year’s Miss USA,” Enriquez told “Good Morning America.” “This has been one of my longest dreams and I am happy to share it with my community, especially the LGBTQ+ youth.”

“When I was young, I always said, ‘I wish I could see someone like me on that stage,’” Enriquez continued. “That’s something that I always didn’t have growing up and to be able to give that to other people, that’s one of my hopes in life to just be able to represent and create a positive change for those who haven’t always had those moments in life.”

Her historic win was met with an outpouring of support on social media, including a congratulatory post from the Miss Nevada USA organization.

“Good Morning WORLD! The Universe rather,” read the Instagram post. “Congratulations to @mskataluna for her historical win!!!”

“When I started competing with cisgender women or the Miss USA organization, there was one competition where I was asked to provide documents that I think were invasive and were singling me out,” Enriquez revealed. “Also, I was not provided roommates, regardless of my identity.”

She said that despite providing all required documentation for a pageant in another state, she still had to undergo a stricter vetting process. Enriquez said she had to provide pageant organizers with legal orders, doctor’s notes and her identification card verifying that she is a female.

“It was basically just refusing me to be there, so that’s one of the experiences I’ve experienced,” she said.

Now, she plans to use her life experiences “as a trans woman of color, and as a woman who is a survivor of physical and sexual abuse” to shape her platform called #BEVISIBLE, which aims to combat hate through vulnerability.

“I’ve learned that people just take advantage of our vulnerable moments and use it to kind of belittle us and dehumanize us but in reality it’s what makes us connect as humans,” said Enriquez. “My goal this time is to expand my platform for other people and have them share their stories so we can create a world where everyone is aware of things and we can have positive conversations and not let anyone who is experiencing difficultness or different situations in life to feel like they are less than.”

In addition to being a titleholder, Enriquez also works as a healthcare admin specializing in LGBTQ+ care, a model and is the owner of her own clothing line called Kataluna Kouture.

“I started my design company because I didn’t have money growing up,” Enriquez said. “I didn’t have money to be able to afford clothes and gowns and I couldn’t find anything that fit my body type and so that was very important for me,”

She attended school for fashion design, and says that when she first started competing in her own designs, parts of the evening gown would fall off. Her skills improved over time and she even designed the rainbow sequined evening gown she wore during the state competition in honor of pride month.

“My win is hope for a lot of people, hope that they can have a better chance in life, better opportunities, different outcomes,” she said. “I hope that my win gives them hope and a chance that lets them know they can also have a successful path in life regardless of what they’ve experienced and what they’re going through.”

“I’d love to be the first Asian woman to win a title of Miss USA and the first trans woman,” said Enriquez. “I think that will be a great example for moving forward to create a better future in our country.”

“My win is visibility and representation of hope and an example to love and celebrate diversity and your differences,” she added. “We cannot wait to spread our colors on the Miss USA stage.”

Woman and her dog are fatally stabbed in Atlanta park, FBI investigating

Capitol rioter to serve 8 months in prison in 1st felony sentencing from Jan. 6