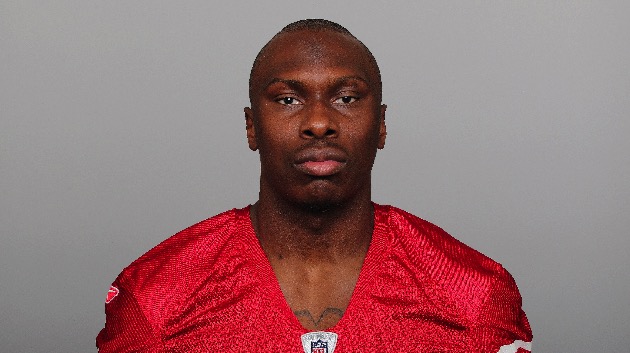 (ROCK HILL, S.C.) — The primary suspect in a South Carolina mass shooting that left six people dead, including a doctor and two of his grandchildren, earlier this month allegedly left his cellphone at the scene before fleeing, according to newly released search warrants.

Deputies responding to the shooting at a Rock Hill residence on the afternoon of April 7 found an iPhone in a red case on the front steps and quickly determined the number was issued to former NFL player Phillip Adams, 32, according to warrants released by the York County Sheriff’s Office on Friday.

Adams, a Rock Hill native, was living with his parents less than a mile away from the victims’ home on the same road, according to search warrant affidavits. Detectives obtained a search warrant for his nearby residence and a SWAT team tried to contact Adams for several hours before he was found dead inside, according to an affidavit.

The victims of the mass shooting included Dr. Robert Lesslie, 70; his wife, Barbara Lesslie, 69; their grandchildren, 9-year-old Adah Lesslie and 5-year-old Noah Lesslie; and James Lewis, 39, an air conditioning tech who was working at the home at the time he was shot, authorities said.

A sixth shooting victim who was working outside the home, air conditioning tech Robert Shook, died three days after the incident, according to his employer.

In addition to the cellphone, investigators further connected Adams to the shooting after a responding police officer passed a man driving away from the crime scene who matched the description of the suspect provided by a witness, according to an affidavit. The driver was wearing a black motorcycle helmet that matched one later seized inside Adams’ residence.

Investigators also seized two rifle-style guns — a .45-caliber “Tommy Gun”-style firearm and a 9mm-caliber “MP5”-style firearm — under a couch in the sunroom of Adams’ residence that matched the description provided by Shook, the sixth victim killed, and were the same calibers believed to be used by the suspect in the homicide, according to an affidavit.

The State Law Enforcement Division later determined that one of the guns seized — the 9mm “MP5”-style firearm — was a match for some of the casings located on the scene of the mass shooting, according to an affidavit. Authorities didn’t find a .45-caliber firearm at Adams’ residence that matched other casings at the scene, according to the documents.

Over the course of two searches at Adams’ residence, conducted on April 7 and April 14, detectives seized nine firearms, several magazines, dozens of rounds of ammunition, two iPads, a Macbook and medicine, among other items, according to the warrant records.

In Adams’ room, investigators also found “numerous notebooks … with cryptic writing with different designs and emblems,” according to an affidavit. “Detectives had also learned that Phillip Adams had been acting differently and possibly following a new religion or ideology. … Detectives were unclear if this was a potential motive or if there was another motive involved.”

Investigators also found a can of tobacco dip in Adams’ bedroom that was consistent with one believed to be left behind by the shooter at the crime scene, according to an affidavit.

Detectives additionally sought medical records for Adams and his parents from Riverview Family Medicine, which was the practice of Robert Lesslie, one of the victims killed, to potentially help determine a motive for the shooting, according to an affidavit. Investigators seized unspecified medical documents from the practice on April 13, warrant records show. Additional details were not provided.

A search warrant also was issued for a gun safe left behind in Adams’ former Charlotte residence, but nothing was seized, according to the documents.

Adams was drafted by San Francisco in the seventh round out of South Carolina State in 2010 and played as a reserve defensive back for five teams in six years from 2010 to 2015.

He will be tested for chronic traumatic encephalopathy, commonly known as CTE, a degenerative brain disease found in those with a history of repetitive brain trauma, according to the York County Coroner’s Office.