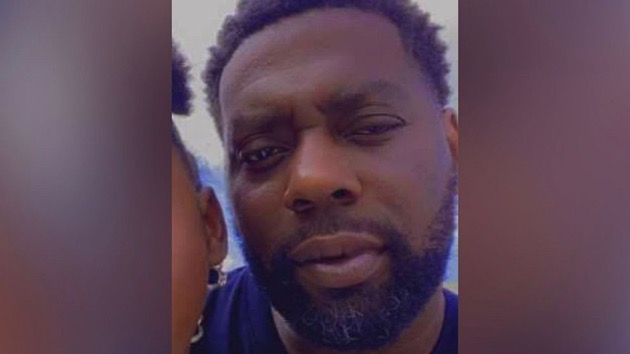 (ELIZABETH CITY, N.C.) — The family of a 42-year-old Black man who died in a barrage of bullets fired at his car by North Carolina sheriff’s deputies are expected to announce the results of an independent autopsy.

Andrew Brown Jr.’s relatives and attorneys plan to announce the outcome of the postmortem exam they commissioned during a news conference Tuesday morning outside the Pasquotank County Sheriff’s Department in Elizabeth City, North Carolina.

The announcement will come a day after family members were allowed to view what they described as a 20-second clip from one police body camera of the unarmed Brown being shot to death with his hands on the steering wheel of his car outside his home in Elizabeth City.

Brown’s son, Khalil Ferebee, described what he saw in the footage as his father being “executed” as he attempted to drive away.

Attorneys for the family said Brown was shot at least once in the back of the head.

“He still sat there in his vehicle with his hands on the steering wheel while being shot at,” Chantel Cherry-Lassiter, one of the family’s attorneys who was allowed to watch the video, said during a news conference on Monday.

Cherry-Lessiter said that at no time in the short video snippet did she see Brown threatening the officers, adding, “He was trying to evade being shot.”

Seven Pasquotank County deputies involved in the April 21 shooting have been placed on administrative leave while the North Carolina Bureau of Investigation probes the circumstances of the deadly encounter. The names of the deputies have not been released.

Pasquotank County Sheriff Tommy Wooten said on Monday evening that the county attorney had filed a motion asking a judge to allow the public to see the video, but did not indicate when the footage might be released.

“This tragic incident was quick and over in less than 30 seconds,” Wooten said in a video statement, adding that the footage from officer body cameras is shaky and sometimes hard to decipher.

“They only tell part of the story,” Wooten said.

Relatives of Brown and their attorneys complained that they were not shown all of the video available of the deadly confrontation, including footage of what prompted the shooting and its aftermath.

The Pasquotank County Sheriff Department has released few details of the shooting.

The shooting unfolded about 8:30 a.m. when deputies from Pasquotank and Dare Counties went to Brown’s home to attempt to serve an arrest warrant on Brown that stemmed from a felony drug investigation, officials said.

Deputies opened fire on Brown’s car as he attempted to drive away from his home. A first responder was recorded on 911 dispatch saying Brown was shot in the back.

According to the search warrant obtained by ABC News, sheriff’s investigators wanted to search Brown’s home for crack cocaine, methamphetamine and heroin. In an affidavit attached to the search warrant, detectives claimed they used a confidential informant to record audio and video of the informant purchasing crack cocaine and methamphetamine from Brown on several occasions.

Brown’s family and their attorneys claimed investigators failed to find weapons or drugs in Brown’s vehicle and home.