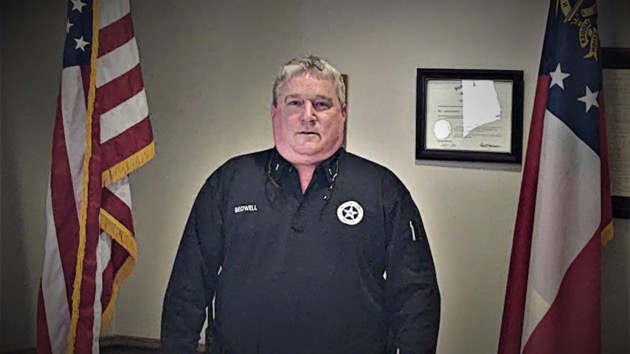 (TALLAHASSEE, Fla.) — A sheriff’s deputy has died after being critically wounded in Georgia on Saturday night when two brothers in a pickup truck being chased allegedly opened fire with a rifle, authorities said.

Decatur County, Georgia, Sheriff’s Office Capt. Justin Bedwell was pronounced dead on Monday at a Tallahassee, Florida, hospital and his colleagues are planning to escort his body to a funeral home in Bainbridge, Georgia, Tuesday morning, authorities said.

“Captain Bedwell will be truly missed and we are devastated by his passing,” Decatur County Sheriff Wiley Griffin said in a statement posted on Facebook.

Bedwell was a 19-year veteran of the Decatur County Sheriff’s Office, who served as a patrol commander and training officer.

Griffin described Bedwell as a “highly valued member of the Command Staff.”

“He trained many of the younger deputies that currently work for this community,” Griffin said.

Brothers, Troy Arthur Phillips, 40, and Brad Phillips, 41, were arrested in the shooting that also left a Seminole County, Florida, sheriff’s deputy injured, according to authorities.

The shooting unfolded when Bedwell attempted to assist a Seminole County deputy in a chase on U.S. Highway 84 that started in Florida and crossed into Georgia, Griffin said.

During the chase, the occupants of a white Chevrolet pickup the deputies were attempting to stop for speeding and reckless driving opened fire with what investigators believed to be a .30 caliber rifle. The deputies returned fire as the chase continued, investigators said.

“The suspects drove into the driveway of a Decatur County residence and attempted to gain entry by shooting through the door,” according to the Georgia Bureau of Investigation statement.

Griffin posted on his Facebook page surveillance video from the home allegedly showing both suspects approaching the residence armed with rifles.

Bedwell arrived at the scene as the suspects were fleeing the residence in Brinson, Georgia, and one of the brothers allegedly shot the deputy while he was still in his vehicle, Griffin said.

Bedwell was critically wounded when he was shot underneath his arm, Griffin said.

Bedwell was taken by a helicopter ambulance in critical condition to Tallahassee Memorial Healthcare, about 50 miles south of Brinson, Griffin said.

Griffin said the Seminole County deputy shot in the incident, whose name has not been released, was treated at a hospital for non-life-threatening injuries.

Brad Phillips was initially charged with aggravated assault on an officer. Charges against his brother were pending.

It wasn’t immediately clear which brother allegedly shot Bedwell, but authorities said they could both face murder charges.

The shooting occurred when the deputies attempted to stop a vehicle for going 81 mph on the highway, authorities told ABC affiliate station WTXL-TV in Tallahassee.

The Georgia Bureau of Investigation is leading the investigation because it involves law enforcement officers, officials said.

More than 172,000 migrants, most in nearly two decades, stopped at US-Mexico border in March