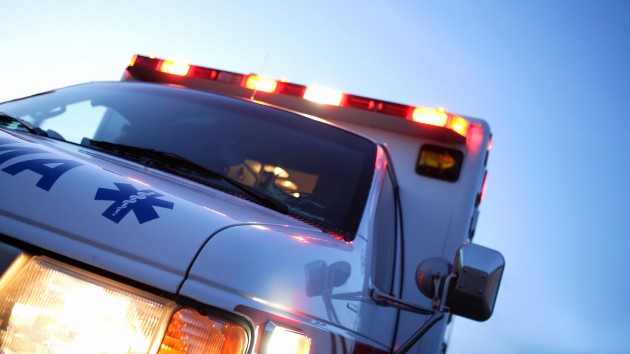 (NEW YORK) — A Connecticut ambulance company employee was arrested and charged in a string of Molotov cocktail attacks across the state that targeted two emergency medical services agencies, a volunteer fire department and a private residence on the same day, authorities said.

Richard White, 37, of Torrington, Connecticut, was arrested around 10 p.m. on Saturday by Pennsylvania State Police troopers who stopped his car on Interstate 80 near Milton, Pennsylvania, officials said.

An arrest warrant was issued for White on Saturday night, charging him with third-degree arson and third-degree burglary. He is being held in Pennsylvania on a $150,000 bond and is awaiting extradition back to Old Saybrook, Connecticut, Old Saybrook Police Chief Michael A. Spera told ABC News on Sunday.

“This individual has targeted those who we count on to save lives,” Spera said in a statement to ABC News. “Our Officers have worked diligently all evening obtaining both search and arrest warrants in an effort to quickly stop these violent attacks against public safety and cause the suspect to be taken into custody.”

It was not immediately clear if White had retained an attorney.

No one was injured in the attacks, Spera said.

White is an employee of the Hunters Ambulance agency in Meriden, Connecticut, according to a statement from Capt. John Mennone of the Meriden Police Department.

White’s colleague told police that he was involved in a physical altercation with another employee about 10 a.m. on Saturday following a disciplinary hearing in which he was placed on administrative leave, Mennone said.

He said police were called to the ambulance agency, but by the time they arrived White had fled. Police did not release details on what White was disciplined over.

Just after 4 p.m. on Saturday, White resurfaced at the Hunters Ambulance station in Old Saybrook, where he allegedly ignited a Molotov cocktail inside an employee room and fled in a 2004 gray Ford Taurus, according to Mennone’s statement.

Mennone said that at about 5 p.m., a car matching the description of White’s vehicle was spotted back at the Hunters Ambulance agency in Meriden, where the occupant of the car was seen throwing a lit Molotov cocktail at the building and speeding off.

During a news conference on Sunday, Sgt. Paul Makuc of the Connecticut State Police Fire and Explosion Investigation Unit said the back-to-back attacks at the Roxbury Volunteer Fire Department and at a residence about 2 miles away both occurred around 6 p.m. on Saturday.

Spera told ABC affiliate station WTNH-TV in New Haven that the residence set on fire in Roxbury is believed to be White’s childhood home.