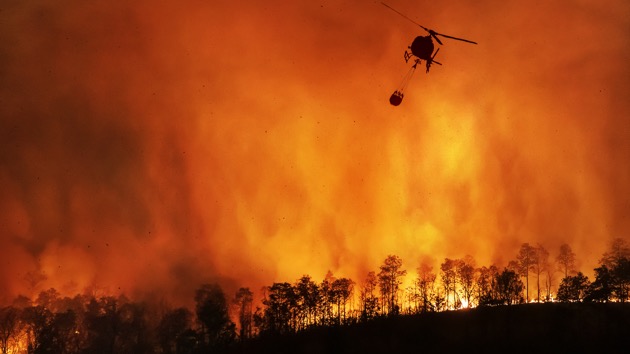 The Zogg Fire burned some 56,338 acres in Shasta and Tehama counties from the end of September last year through mid-October.

“After a meticulous and thorough investigation, Cal Fire has determined that the Zogg Fire was caused by a pine tree contacting electrical transmission lines owned and operated by Pacific Gas and Electric (PG&E) located north of the community of Igo,” the agency said in a statement Monday.

The statement added that the investigative report had been forwarded to the Shasta County District Attorney’s Office.

PG&E responded to the news in a separate statement Monday evening, saying the company fully cooperated with the investigation but has not seen the report yet.

“The loss of life and devastation in the communities impacted by the Zogg Fire is tragic, and we recognize that nothing can heal the hearts of those who have lost so much,” the company said. “We also thank the courageous first responders who saved lives, protected property and worked to contain and put out the fire.”

The statement added that the company looks forward to reviewing the report and evidence collected by Cal Fire “when we are allowed to do so.”

The embattled California utility company recently emerged from bankruptcy. The company has been embroiled in controversy for its connection to several deadly wildfires in California over the past few years.

PG&E said it remains focused on reducing wildfire risk through commitments made in its 2021 Wildfire Mitigation Plan, which includes implementing new electric grid technology, enhanced vegetation management around power lines and other strategies.