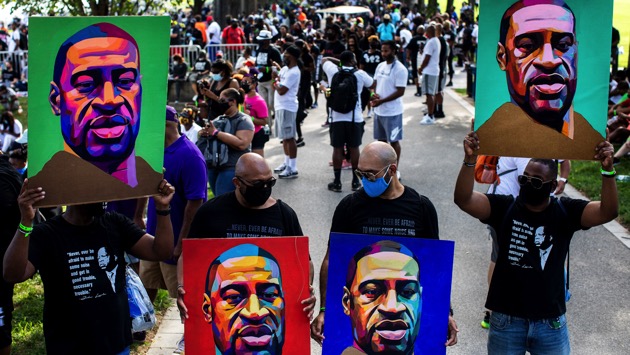 (MINNEAPOLIS) — A $27 million settlement to the family of George Floyd has been unanimously approved by Minneapolis’ City Council.

Floyd, a 46-year-old Black man, died after being arrested on May 25, 2020. Video showed white police officer Derek Chauvin kneeling on the back of Floyd’s neck for more than nine minutes while Floyd repeatedly cried out, “I can’t breathe.”

Attorney Ben Crump said in a statement Friday, “George Floyd’s horrific death, witnessed by millions of people around the world, unleashed a deep longing and undeniable demand for justice and change. That the largest pre-trial settlement in a wrongful death case ever would be for the life of a Black man sends a powerful message that Black lives do matter and police brutality against people of color must end.”

The settlement is for the civil lawsuit brought against the city of Minneapolis and the four officers involved with Floyd’s death.

Floyd’s brother, Rodney Floyd, called the settlement “a necessary step for all of us to begin to get some closure.”

“George’s legacy for those who loved him will always be his spirit of optimism that things can get better, and we hope this agreement does just that — that it makes things a little better in Minneapolis and holds up a light for communities around the country,” Rodney Floyd said.

George Floyd’s death sparked protests in Minneapolis and across the nation.

Chauvin’s trial is now underway. This week, a judge reinstated a third-degree murder charge. Chauvin, 44, also has been charged with second-degree unintentional murder and second-degree manslaughter. He has pleaded not guilty to the charges.

This is a developing story. Please check back for updates.

Florida HBCU doles out $16 million to pay off student debt