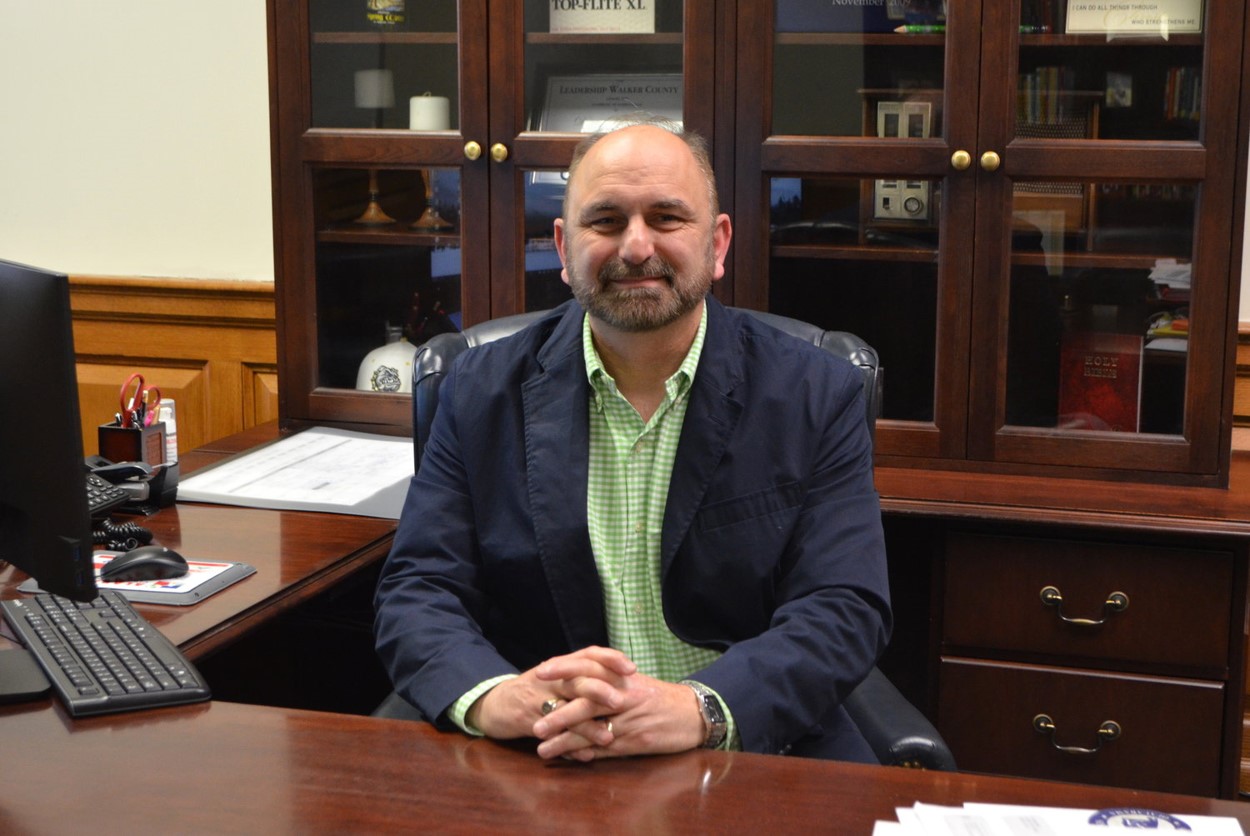 When Dr. Dennis Willingham was a young man, he knew that serving youth was his calling.

Willingham is a lifelong member of Argo First Baptist Church where he taught area children.

“I had not planned on entering education, and I enjoyed teaching so much (at church) that I decided this is what I want to do in my career is teach and work with young people,” he said.

Willingham never imagined, however, that he would one day lead a school system.

A native of Argo Hill, Willingham came from humble beginnings and was one of five boys.

“My dad was a disabled American veteran who served in the 82nd Airborne. He taught me about honor and respect,” Willingham said. “My mother was a stay-at-home mom for my four older brothers and me and is a true lady. I learned about how to treat people by watching my parents and brothers.”

He added, “One of the best things our parents taught us was the importance of going to church. We still all attend together and that is very special.”

One of his mentors and former Walker County Schools superintendent Harvey Sanford always pushed Willingham to keep advancing his degree which would eventually lead to his administrative roles.

Willingham has worked for the Walker County Board of Education during the entirety of his nearly 30-year career. His first job was as a special education teacher for Sumiton and Dora schools, and he then worked at T.W. Martin School in Goodsprings as a social science teacher and coach.

He later transitioned back to Sumiton and worked one year as a teacher and coach. Willingham was then offered his first job in administration as the assistant principal of Curry Elementary/Middle School. The position was eliminated a year later due to funding, but he had the opportunity to go back to his alma mater as assistant principal of Dora High School.

“I was back home,” he said. “It was a unique situation there because a lot of the teachers there taught me, but it was a good situation. It was very enjoyable.”

Later Willingham was appointed principal of Oakman Elementary School, where he would serve for 10 years and see the school through tornado destruction in 2008. He was also there when the construction of a new Oakman Elementary was completed in 2011.

“We didn’t have the funding to build it back, so we carried our students and our community to Montgomery to the statehouse,” Willingham said. “We went to all the representatives, and the kids showed pictures [of the school]. It was a unanimous vote to give us $8 million to go along with the insurance money to build the school. It didn’t cost the board of education anything.”

Willingham moved to the central office in 2013 and was responsible for overseeing elementary curriculum.

“I wore a lot of different hats here, and then I became assistant superintendent in 2019,” he said.

“I appreciate the board for putting their faith in me to serve as superintendent for this school system, and I’m really thankful for how God has blessed me to be in this position,” he said.

Willingham added that he is grateful to his wife and children for their support.

“In a position like this, it’s very important to have a supportive family. I’m so thankful for my wife, Jennifer (a reading interventionist at Oakman Elementary/Middle School), and my children, Bella and Dray, because they have been really supportive of some of the long hours I’ve had to put in and some of the phone calls I’ve gotten at night,” he said. “It’s really made this transition an easy one at home, and I really appreciate that.”

Willingham said addressing learning gaps created by COVID-19 is also a glaring priority, and the school system plans to hire more math coaches and provide summer learning opportunities for all in order to help students close those gaps.

“I really appreciate all the efforts from everybody involved in the Walker County school system and our parents,” he said of COVID-19 response. “It has been stressful at home too. … We’ve had some great parental support out in our school communities, and we’re very thankful for that.”

Willingham will serve as superintendent of Walker County Schools until January 2023, and he proclaims he does plan to run for superintendent in the June 2022 primaries.

“I realize that God is in control, I have great support,” he said. “We have a plan that we are excited to see through. It’s all about serving, supporting, and focusing on the well-being of our students.”

WJLX Sizzling Summer of Fun Giveaway is on!