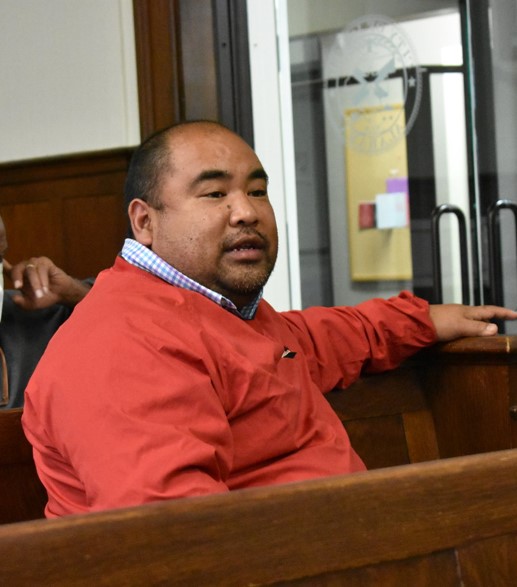 The Jasper City Council will likely vote on a recommendation for the mayor at its meeting Tuesday, concerning the reopening of outdoor ball fields for League play.

Peter Cosmiano, Jasper’s director of parks and recreation, discussed ways of reopening the city’s ballfields – with COVID-19 guidelines – at Friday’s work session of the Jasper City Council, but council member want to meet about the matter with Mayor David O’Mary at Tuesday’s formal council meeting. Participants in Friday’s meeting indicated the mayor would ultimately instruct Cosmiano on what to do.

O’Mary and Councilman Gary Cowen were not present for Friday’s meeting.

“I’m saying if we are instructed – this is what we can do,” Cosmiano said, noting rec officials have been preparing the ballfields. Some teams and coaches would have to be gathered.

“In the big picture, we are only about two or three weeks behind from where we would normally be as far as registration and putting things together,” he said.

He noted that a child could get sick and adjustments might have to be made, but Cosmiano thinks parents have now been educated to the point they understand that after what has happened at high schools and colleges around the nation.

Citizens online have been upset that the parks have not reopened after a year due to the COVID-19 virus. Council members said at the work session in early February someone had spread the word that it was the council who earlier shut down the fields at the start of the pandemic, but the council did not take that action. O’Mary said at this point he needs direction from the council on what to do next.

O’Mary told council members at the time, “If you will take ownership of your position in the form of a text to me that you want these fields open, if I get three council members, we’ll swing the gates wide open. But take ownership of your position.” Councilman Willie Moore and Councilwoman Jennifer Williams Smith, almost talking over each other, said at that meeting they would have them open, but with guidelines.

“Send it to me,” O’Mary said, still talking while Smith was talking. “Take ownership. You have got my number. You take ownership of your position, and we’ll do it.”

City leaders also talked at the last work session of perhaps opening up the fields to just practice. However, Cosmiano has said regular games could take place as well.

Cosmiano gave a report at Tuesday’s work session, suggesting actions that would take place anyway in a normal year. “Basically, it is the same schedule, along the same lines of our spring sports and our summer sports would look like,” he said.

However, he said some guidelines from the Centers of Disease Control and Prevention (CDC) and best practices from the Alabama High School Athletic Association (AHSAA) would also have to be implemented. Copies of those guidelines, some prepared by the Alabama Department of Public Health, were presented to the council members.

The schedule would include registration and League play, possible Dream Team activities, and some archery programs. “Those are things we feel like we can provide,” if his department is given the order to open up, Cosmiano said.

A tentative statement presented to the council noted, “All activities will be conducted, to the best of the city’s ability, within the current guidelines of the CDC and Alabama Department of Public Health. Personal responsibility will need to be taken by the participants and parents. Our volunteer coaches will be focused on providing organization, direction and development.”

It also included this note: “Request for field use by teams outside of Jasper Rec League: When fields are not in use by Rec League scheduled activities, they are available on a reservation/fee system.”

For the spring and summer, the tentative schedule – which Cosmiano said is not set in stone – notes registration would be as soon as possible, with practice starting March 29. Jasper Rec League play would be from April 12 to May 21. Besides Dream Team activities, Swann Gym would be available from 10 a.m. to 5 pm. for individual use, with parental supervision required. Archery would begin in late March, with “PM” sessions at Swann. Spring soccar/volleyball clinic series would run from April 5 to May 13, while summer basketball for ages 13-18 would be in May and June. In the fall would be soccer and volleyball and a proposed Premier League Baseball.

In following CDC and AHSAA guidelines, Cosmiano noted city officials would pull suggestions from both to address the city’s specific needs. For instance, bleachers would be pulled up and everyone would bring chairs to prevent community seating. He said the city has an online registration system it can develop thanks to O’Mary and City Clerk Kathy Chambless which will cut down on people trying to come through the office.

He said this year, in light of all that has happened, it may take more work recruiting volunteers and that many families may not participate. But for those who want the programs, they could be offered something. Smith said some college organizations have had trouble finding activities during the pandemic, and might be willing to help out.

Williams and Councilman Jed Daniel said they were in favor of opening the fields, but Daniel said he was against city employees moving bleachers “because (people) are going to sit wherever they want to.” Even if chairs are brought, they will make a crowd anyway, he said. Moore said most people are roping off bleacher areas anyway, and will take them down occasionally.

“We would be moving them anyway,” Cosmiano said. “Our guys are on the fields. That is one thing that we can do to control the crowd a little bit.” He said there are limitations on what city crews can do and personal responsibility will have to come into play, but the crews will do what they can.

Moore said crews can only control what is inside the fence, while parents are going to do “weird and crazy” actions outside.

Cosmiano said the city would not be able to ban family members or others from attending, like is done with some other entities such as high schools.

Council President Danny Gambrell said he feels everyone on the council feels the same way about getting the fields open.

Moore kept noting Cosmiano kept referring to being instructed to taking action. Cosmiano said he was waiting on the mayor to give him instructions.

However, Smith noted at the last work session he would act once he got text messages from three council members. Moore said, “What I’m saying is I think he needs to – we can look at this, if we have any questions for Peter. Then we meet with the mayor, us, and Peter and his staff, whoever, and we sit down and come to a meeting. That way, everybody is going to be on the same page.”

“That two weeks can be Tuesday,” Moore replied, referring to Tuesday’s formal council meeting, saying it could also happen immediately after the council meeting. Gambrell agreed it could happen Tuesday.

Moore indicated he wanted to avoid heaing comments – apparently from O’Mary – saying things such as, “The council made us do it. I didn’t have anything to do with what the council did.”

He said there are many variables.

“If Johnson and Johnson comes out with this (vaccine) in two months, we won’t be actually playing for another month, organizing and playing. So those timelines could work out pretty well,” he said.

He also noted that players do not share equipment as much as they used to, and parents can be advised to think about having their own if they haven’t thought about that.

At the same time, Cosmiano advised against opening the Jasper Civic Center and renting pavilions, because the city would not be able to control what goes on at the civic center or any other rental facility.

Cosmiano said he preferred a quick decision, and Gambrell said the council should be able to make a recommendation on Tuesday. “Yes,” Moore said agreeing. “I just want him here.”

Smith said the item could be put on Tuesday’s agenda, and council members could ask questions over the weekend by email and then let the mayor see what they have during the weekend or on Monday. Cosmiano said more legal clarification could also be developed in the personal responsibility required by participants.