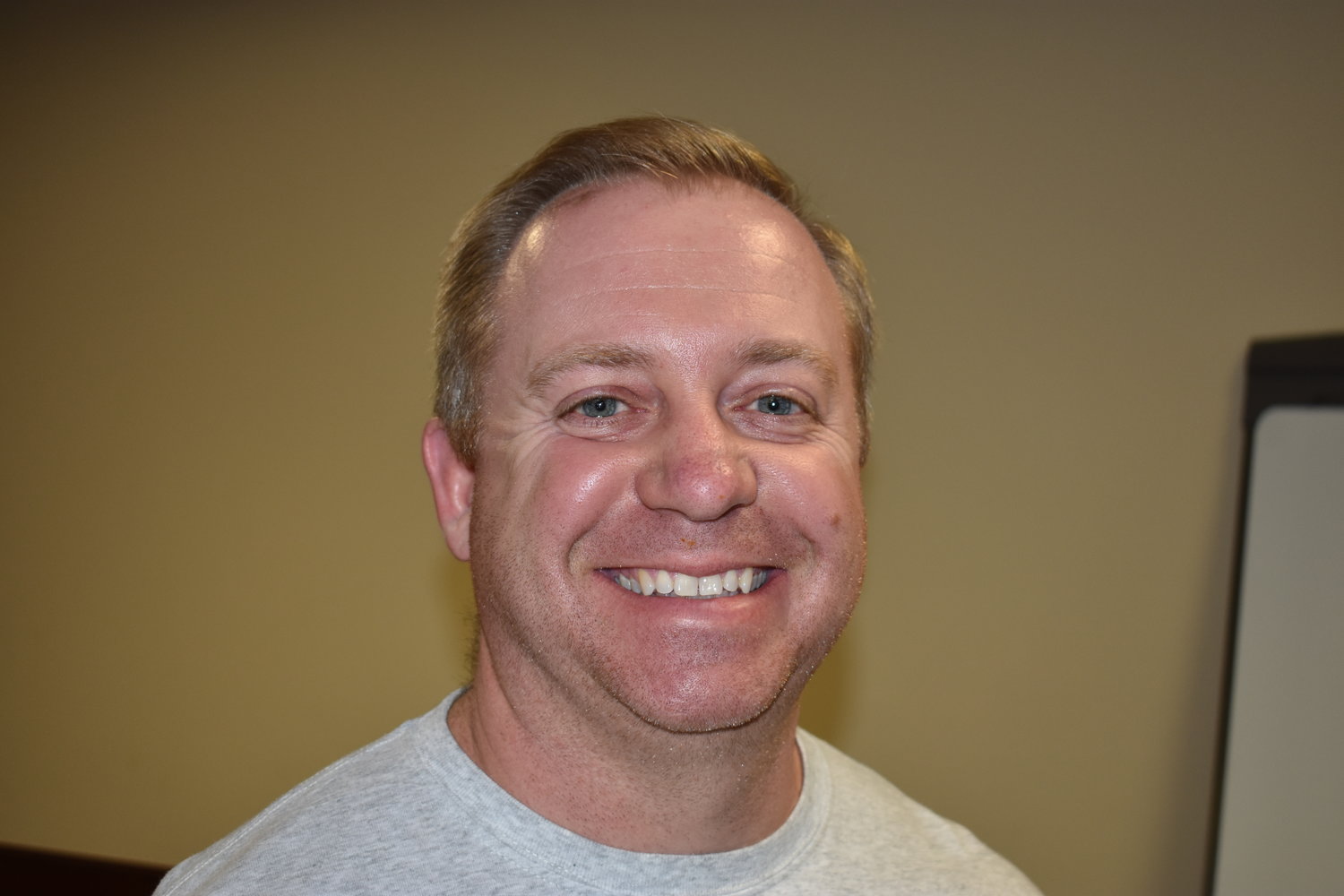 Welborn, 37, who lives in Dora, has been with the Dora Fire and Rescue Department a little more than two years. The department has about 25 to 30 members, he said, noting some new recruits may not be on the list yet. The department has two engines, a rescue truck, a Humvee that acts as a brush truck and a command vehicle.

“Basically it is still considered a volunteer position,” even though the mayor and council agreed to pay him $400 a month, he said after the meeting. He still has a full-time job six days a week at CSX TRANSFLO, a subsidary of the CSX railway company, near the Tarrant-Birmingham city line.

“We just operate a rail terminal,” he said. “In that terminal, we handle a lot of hazmat material, a lot of food grade material, and we take it off rail cars, put it on trucks and ship it out, mostly in the Southeast but we can go anywhere with it.”

Councilman Chris Edwards will still serve as the assistant fire chief, he said.

While Welborn works in the daytime, a number of firemen will rotate out to be at the station, a number of whom are trained. They include Josh Russell, who works for Regional Paramedical Services, the ambulance service, and Shane Russell, a professional fireman, who has served with the fire brigade at Mercedes-Benz in Vance.

Welborn is from the Phil Campbell area and got a scholarship to play baseball at Bevill State Community College. “I met my wife then. She is from the Dora area and went to Dora High School,” he said. He went to the University of Alabama at Birmingham to finish his schooling and got married.

The couple moved to the Empire area and stayed there a long time. “About two years ago, we bought a house at Lockerbie,” he said, referring to the Dora subdivision.

During the meeting, he told the council he has been in fire service overall for about eight years and detailed his certifications for fire fighting, haz mat and weapons of mass destruction training.

“I’m just happy to go forward with the department and maybe improve it and care for it into the future,” he said.

Stephens noted that Welborn previously served as fire chief at Empire about two years before coming to Dora. “He’s been a great addition,” Stephens said.

“Chris Upton also expressed interest in the position, and I’ll have to say they were two great qualified guys, both of them. I appreciate their willingness to step up and serve in that role,” he said.

Stephens noted the last fire chief, Brandon Key, did not accept a salary as he was working elsewhere.

“The last chief we paid, we paid $400 a month and I think that is reasonable. (Welborn) has agreed to accept that,” Stephens said. The council voted to set that salary, which does not include per run pay, health benefits or retirement.

As for his job, Welborn said he get home from work anywhere between 3 and 4 p.m.

“We’re still going to maintain our daytime fireman,” the mayor told the council. “Chris is going to step up and take a little bit more of a lead on that as far as scheduling goes to make sure we have a manned fire station during the day. There will be one man there every day from 8 to 4.”

The reason that was set up was to make sure someone would be on hand to run medical calls, he said, or to run to a fire until someone else got to the scene. “It has been a good service,” Stephens said.

Asked about goals after the meeting, Welborn said he wants to look at the equipment to see if it needs to be serviced or maintained, or replaced with new or refurbished equipment.

“The main goal is to improve training, to get everybody to at least – at least – a minimal level of training. That way no matter who runs whatever call, you are going to get a consistent level of service from the fire department at least to that point,” he said.

The department has its own Facebook page, he said, noting he plans to assign someone to the page to make sure it is updated and maintained.