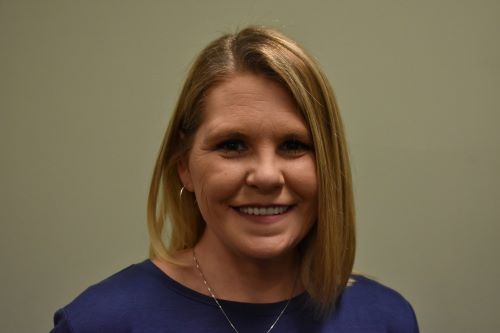 CARBON HILL – The Carbon Hill City Council voted Tuesday to take sealed bids on the old water treatment plant on Highway 118 until April 23, as Mayor April Kennedy Herron noted the property was dangerous to others.

However, the council also tabled taking sealed bids on the old water tower location until more research could determine its value.

Herron said the city is having to maintain insurance on the properties.

“I think they would be more valuable to somebody else. They are not that valuable to us. There is not that much we can do with them,” Herron said.

While people have expressed interest in the properties, she said she cannot sell them without going through a bid process. The water treatment plant will be set at a minimum of $10,000, she said.

She was not sure what the value would be on the water tower location, noting there are no structures on it, except for the pillars for the tower that would have to be removed. Officials had trouble determining a street location, although Herron said it is near Jimbo Bray’s residence.

Someone said it might be a third of one lot, and Herron said she is thinking the minimum bid might should be $1,500. Herron suggested tabling the matter until the next meeting.

Officials talked of how dangerous the water plant property was in terms of safety to others and the possibility that youth have tried to go through it.

“It is dangerous. It is really bad,” District 4 Councilwoman Judy Hurst said, saying it “would take a lot to clear it off.”

“It’s not something I want on my watch,” Herron said, noting trees are growing out of the roof.

Some council members said the city might not even get $10,000 for the property.

In a related matter, Herron said people, including business owners, have expressed interest in buying the old city barn location. She told them she would bring up the idea.

“I, for one, am not interested in selling the city barn location. However, I do see where it could be of use to some people in the community,” she said. “But I would also like to see a storm shelter put there and over by the ACE fields on the west side of town.

“I would like to see two more storm shelters, and it is something I would like to actively work toward before this term is up. We need one right there by the Dollar General by the ACE fields and one on the south side across the tracks.”

The only storm shelter the city has now is at the Blue Gym, she said.

District 5 Councilwoman Jewell Hess said she agreed with Herron, noting if there is a train on the tracks, there would be no where for the residents on the south end to go. Hurst said she didn’t want to sell.

Herron noted it is difficult for people on the west side of town to get to the Blue Gym as well.

She pointed out how quickly the Easter tornado last year occurred. Herron’s residence was damaged during that storm.

“I made it to my kitchen floor,” she said.

In the end, the council, informally indicating a desire to keep the property, took no formal action, and Herron closed the discussion. “If anyone wants to bring it back up at a later time, that’s fine,” she said.

The old city barn, beside Clowers Brothers Body Shop, was damaged in storms, caving in.