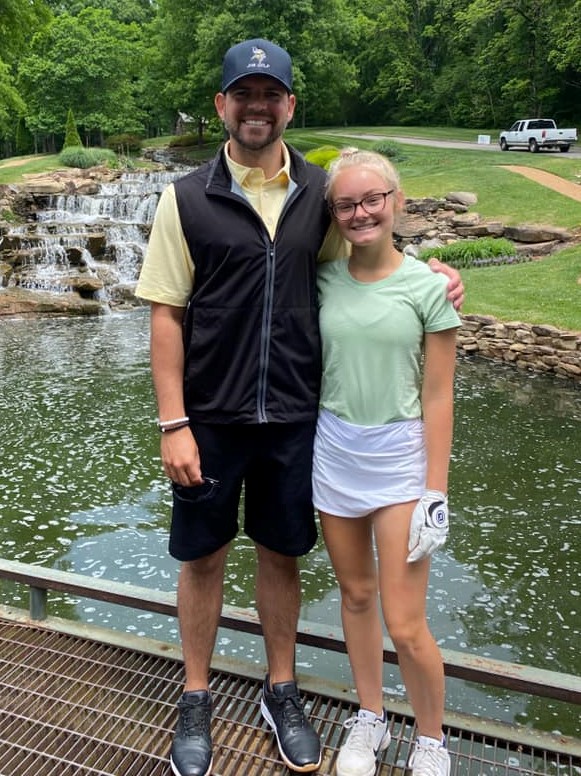 Jasper’s Alley Beth Waldrop has been named to the North All-Star Team and will compete at the 2022 AHSAA North-South All-Star Sports Week held July 18-22.

Below is the press release from the AHSAA:

The teams comprised of 2023 rising seniors were chosen by the Golf Coaches Committee comprised of representatives selected by and representing each of the eight districts. The players were selected from nominations received from AHSAA member school coaches.

“The golf all-star selections are an outstanding group of golfers who have really dedicated themselves to the sport of golf,” said Dean. “We expect the competition at this year’s North-South All-Star competition to be as strong as ever.”

The AHSADCA, which operates under the auspices of the Alabama High School Athletic Association (AHSAA), also hosts annually North-South all-star games in baseball, softball, volleyball, boys’ and girls’ basketball, cross country, soccer, and tennis during the All-Star Week. All other All-Star teams for basketball, volleyball, cross country, softball, soccer, baseball, and tennis have already been released.

The annual North-South All-Star football game is now played in Mobile each December following the conclusion of the football season with those all-stars being selected in the fall.

The AHSAA Summer Conference, annually attended by more than 4,000 coaches and administrators, will be July 18-22.

Highlighting the all-star girls’ and boys’ 12-member rosters are several players who had outstanding seasons in 2022 – culminating with strong finishes at the 2022 State Golf championships.

Among the North boys’ squad members are 2022 Class 7A state champion Vestavia Hills’ duo of Jay Clemmer and Ward Harris, who helped the Rebels win the sub-state and state crown. Clemmer had a first-round par 72 at the state tourney in Huntsville and finished ninth overall at 6-over par 150 for the 36-hole tourney. Harris had a 69 in the final round to close at 2-under 142 to finish third individually. Huntsville’s Morgan Slaton II had a 3-under 69 in the section tourney and a 73 in the sub-state competition. Haleyville’s Jake Temple and Brant White helped the Lions win the Class 4A state title with top-10 finishes at the state tourney. White’s 72-74 – 146 good for second place in the 4A individual competition. Hartselle’s Tristan Wisener also shined I the sub-state earning low medalist with a 4-under 68.

The South squad includes Braxton Bonner, a member of UMS-Wright’s Class 6A state champs. Jackson Bailey and Nicklaus Cook helped Enterprise finish third in the Class 7A state tourney. Cook was fourth overall at 1-over 145 with consistent scores of 73 and 72 in the two-day tourney.

The South girls feature Tori Waters of Class 6A state champion UMS-Wright, and Yvette Gorden of Class 4A/5A state champion Pike Road. Gorden shot a 73-78 – 153 at the state tourney to rank third in the individual competition. Waters had a final round 70 to finish 3-over 147 to rank fourth in the 6A competition.

The North girls’ squad includes Hartselle’s Jinger Heath, who had a 6-under 66 at the state tourney and finished second overall in 6A competition. Her 3-under 69 earned low medalist honors in the sub-state. Huntsville’s Gabriella Nicastro was even par with back-to-back rounds of 72 to finish second in Class 7A’s state tourney. Her 2-under 70 earned low medalist honors at the section tourney. Judith Grace Engel of Grissom finished third overall at the 7A state tourney. She shot a resounding 8-under 63 in the sub-state tourney for to lowest single round of the season in Class 7A girls’ play.

The North boys now hold a 2-0 lead in its series with the South which was first played in 2019. The North and South girls are now even at 1-1.

The complete teams are below.