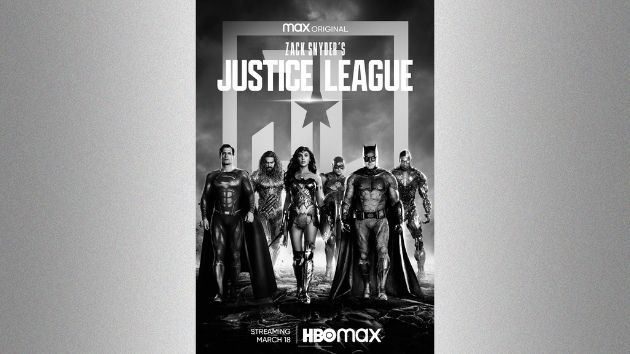 Zack Snyder’s Justice League is the director’s original vision for the 2017 film, complete with a new soundtrack, enhanced special effects — and minus the fan-flamed re-shoots director Joss Whedon added when he replaced Snyder after he dropped out of the project following the tragic death by suicide of his adopted daughter Autumn.

Deborah Snyder, one of the film’s producers, tells ABC Audio she refused to allow her husband to see Whedon’s version. “Without any judgment on that film, I think when you have spent so many years with these characters and plotting where they go…and you have to walk away..I think it just makes it difficult to see, I think, on a personal level.”

Rumors that Snyder’s version of the film still existed led to the viral hashtag campaign #ReleaseTheSnyderCut — which was also backed by Justice League’s stars.

It convinced Warner Bros. to invest millions to allow Synder to revisit it.

The hashtag’s boosters also raised $600,000 for the American Foundation for Suicide Prevention (AFSP) in Autumn’s honor.

“It was this weird sort of drumbeat that just continued to get louder and louder…and I thought, ‘OK, this is where is this really going to go?’ I mean, I do appreciate the emphasis on the charity’s suicide prevention and mental health awareness. I thought that was plenty, frankly,” he admits.

“But then to actually end up in the end with this amazing cast and this amazing fandom joining together to get this movie actually made, you know, who could have saw that coming? I sure didn’t.”

‘Mythic Quest’ puts the pandemic behind it with a new special episode, “Everlight,” dropping today

Common joins Mindy Kaling’s ‘Never Have I Ever’; Tiffany Haddish and Billy Crystal’s ‘Here Today’ due in May

“Hunky” at 90? Check out William Shatner in ‘Senior Moment’, out today

Save your hashtags: Warner Bros. says there won’t be a “SnyderVerse” after his re-cut ‘Justice League’