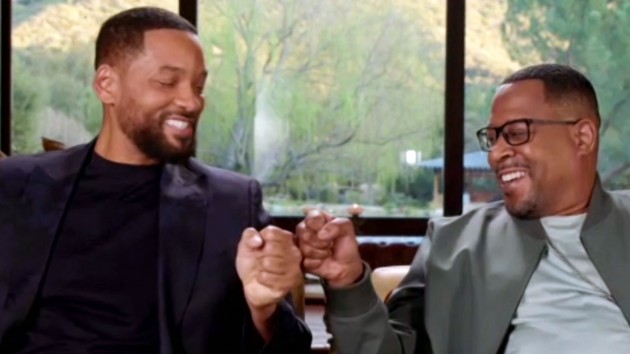 Will Smith and Martin Lawrence transformed into their detective characters Mike Lowry and Marcus Burnett to celebrate the 26th anniversary of their classic film, Bad Boys.

In a video shared on Instagram Wednesday, 52-year-old Will dons his signature sunglasses as 55-year-old Martin put on his police badge, mirroring the film’s poster.

“When we say FOR LIFE we mean it. Bad Boys came out 26 years ago today! @martinlawrence,” Smith wrote in the caption.

Sharing the video on his Instagram page, Martin Lawrence wrote, “…And we still riding strong. Bad Boys for life. #teammartymar.”

The original Bad Boys movie came out in 1995. Smith and Lawrence played Miami narcotics detectives in the action comedy, on the hunt for a dangerous Cuban drug smuggler. They reprised their roles in 2003’s Bad Boys II and last year’s box office smash, Bad Boys for Life, which won Outstanding Motion Picture at the 52nd NAACP Image Awards in March. In their acceptance speech, Smith and Lawrence hinted they’re developing a fourth and final installment in the franchise.

Will Smith expresses support for Naomi Osaka in handwritten message