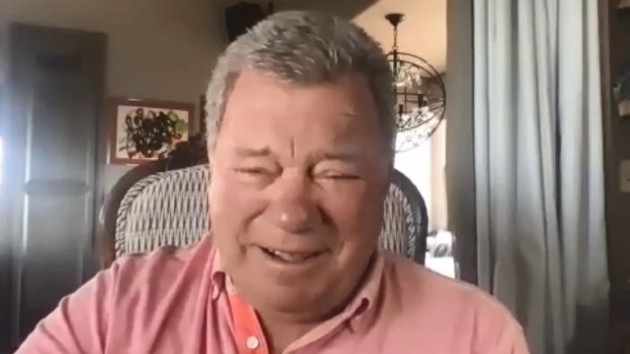 The Montreal native was already a veteran of the stage and small screen before 1966 when he donned the iconic gold uniform of James Tiberius Kirk, the captain of the U.S.S. Enterprise on Star Trek, though it was a role with which he became synonymous long after Trek’s “five year mission” was canceled after three years by CBS.

He went on to voice Kirk in Star Trek: The Animated Series that followed, and in six big-screen films, one of which, Star Trek: V: The Undiscovered Country, he directed.

Shatner also lent his pipes to cult classic albums, most notably 1968’s The Transformed Man, in which he coined his particular style of talk-singing classics like “Mr. Tambourine Man“, saw small-screen success again as an L.A. cop in T.J. Hooker, written books, and had appearances on the big and small screen too numerous to mention.

As he rounded his 90th trip around the sun — in real life, not as Kirk — Shatner has been extremely busy; he recently told ABC Audio that he’d cut two albums, launched a podcast, shot his latest hit show The Unexplained for the History Channel, developed a book review project, and promoted his latest film, Senior Moment, all while in quarantine.

Incidentally, his character in that film is in denial about his age, until he learns you’re only as old as you feel. “And it’s ridiculous! Shatner bellowed to ABC Audio, laughing. You’re old! When you’re old you’re old! False information is being spread at him. When you’re 90, you’re 90!”

“‘Are you 90?!’ No! I’m Captain Kirk!” William Shatner, living long and prospering

“‘Are you 90’? No! I’m Captain Kirk!” William Shatner, living long and prospering

And ‘Just Like That…’ cameras are rolling: ‘Sex and the City’ follow-up gets underway