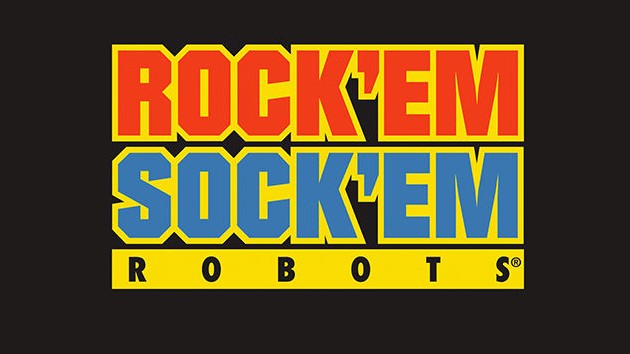 Well, they turned Battleship and LEGO into movies — the former a modest hit and the latter a blockbuster franchise — so why not Rock ‘Em Sock ‘Em Robots?

Clearly that was the question put to Vin Diesel, who has just signed on to star in and produce a big-screen adaptation of the interactive game that first came out in 1964.

The game, now sold by Mattel, pitted two players against each other, using controllers to make two block-headed robots — Red Rocket and Blue Bomber — box each other. A knockout was delivered when one player managed to pop the head off of his or her robot toy’s opponent.

According to a press release, Diesel will play a dad who along with his son, “forms an unlikely bond with an advanced war machine.”

If the plot sounds similar, that’s because it’s virtually the same as 2011’s Reel Steel, which had Hugh Jackman playing an absentee father who…bonded with his son while training a real-life fighting robot.

That movie — which incidentally had been critically derided as a real-life version of Rock ‘Em Sock ‘Em Robots — actually made nearly $300 million at the box office.

In a release for the movie based on the Real McCoy, Fast and Furious-series star Diesel said, “To take the classic Rock ‘Em Sock ‘Em game, with Mattel as my partner, and align it with the kind of world building, franchise making success we have had with Universal, is truly exciting.”