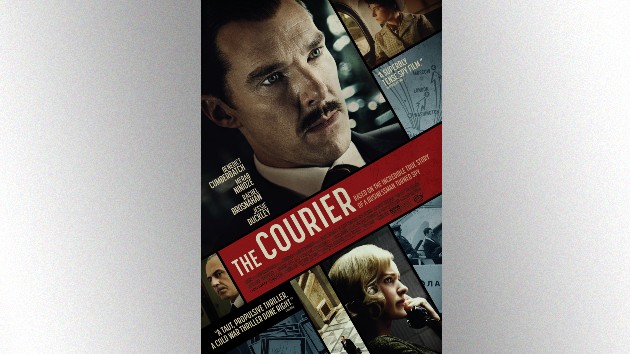 (LOS ANGELES) — From everyday business man to Cold War spy – that’s the character Benedict Cumberbatch plays in his new film The Courier, out Friday. It’s based on a remarkable true story, and Cumberbatch tells ABC Audio he was fascinated by the story of this man, Greville Wynne, who said “Yes” when his country came calling.

“[It] doesn’t matter how flat or dull or every day or routine your life is, you can suddenly be called step up to the plate and have an unexpected challenge in life, even in the middle of your life,” the 44-year-old actor says.

“We’re seeing that now left, right and center, which makes, despite its historical potency, it makes it very current and relevant film I feel,” he adds.

Unlike the very visible call to actions that Cumberbatch mentions, Wynne wasn’t as obvious. In fact, he was a man you probably wouldn’t look twice at in the street and that’s exactly the point.

“The people who do practice spy craft are every day folk, they are people who you will sit next to on a bus or a tube or, you know, get the taxi they just got out of, people you’ll brush past in the street,” he explains. “They don’t scream out James Bond to George Smiley even. They go unnoticed and they go home to live normal lives.”

‘The Bachelorette’ recap: Katie threatens to leave after one relationship unravels