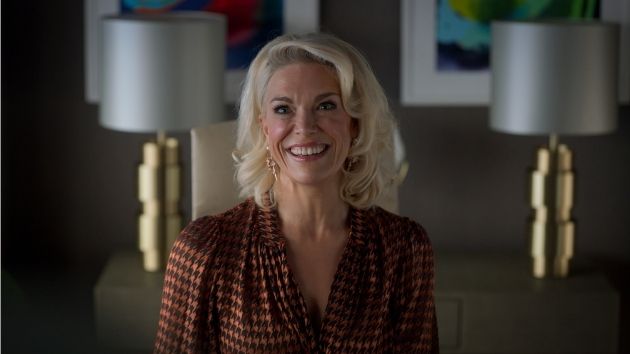 The second episode of Ted Lasso season two is out today, and Apple revealed earlier this week that last week’s premiere was the most watched of anything so far on Apple TV+’s impressive roster.

Hannah Waddingham, who plays Lasso’s boss, Rebecca, tells ABC Audio why the news had her breathing a sigh of relief.

“I’ve never been so invested in something ever, of hoping that people who fell in love with it before will still be in love with it,” she says. “It’s crazy.”

The fish-out-of-water comedy, which stars Jason Sudeikis as an incredibly chipper Southern U.S. college football coach who’s hired to lead a mediocre English Premier League team, was recently nominated for 20 Emmy Awards. Waddington, reacting to the Emmy nods, explained why she thinks people are so obsessed with the show.

“I think everyone loves that it shows everyone… warts and all and the fact that everybody just wants to have hope and love in their lives and to find people that will think well of them,” says the 47-year-old British actress. “And even if somebody is having a bit of a s*** time, people will put their arm around you and go, you’re being a s***, but here’s how we’re going to get out of it.”

‘Ted Lasso’ Emmy winner Brett Goldstein has been off the market, his comedienne girlfriend confirms