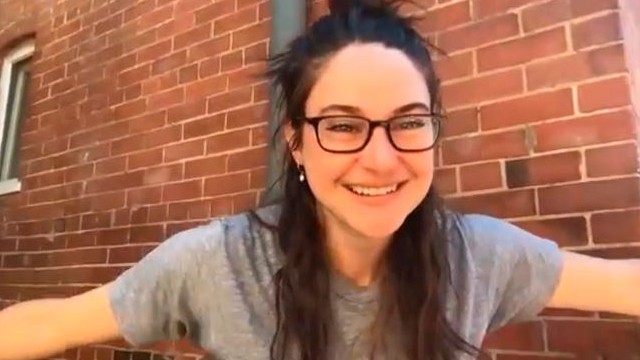 Appearing Monday on The Tonight Show Starring Jimmy Fallon, the 29-year-old actress confirmed she and Rodgers are getting married.

When speaking about Rodgers’ past comments about having a fiancee when he was honored with the NFL MVP Award earlier this month, the Divergent star affirmed, “Yes, we are engaged. But for us, it’s not new news.”

Finding fans’ reaction “funny,” Woodley continued with a laugh, “Everybody right now is freaking out over it, but we’re like, ‘Oh, we’ve been engaged for a while."”

The Emmy Award nominee couldn’t stop gushing about the love of her life, calling Rodgers “a wonderful, incredible human being.”  She also coyly admitted she “never thought I’d be engaged with somebody who threw balls for a living.”

Woodley also recounted how the two met, pinning the blame squarely on her dog.

“When I first met him, I think my dog like pulled me aside and was like, ‘If you don’t date this dude, I will disown you as my mother because the three feet that I run with you when you throw a ball is nothing compared to the marathon I’m able to run with him,"” she deadpanned.

While Woodley didn’t specify exact dates, she did hint that their relationship is relatively new by confessing, “We met during this whacky, whacky time and all the stadiums were closed that he was playing in, so I have yet to go to a football game.”

The Fault in Our Stars alum furthered that, even though Rodgers is a successful athlete, she doesn’t see him as “a football guy.”

“I know him as, like, the nerd who wants to host Jeopardy!,” she confessed. “That’s the dude I know.”