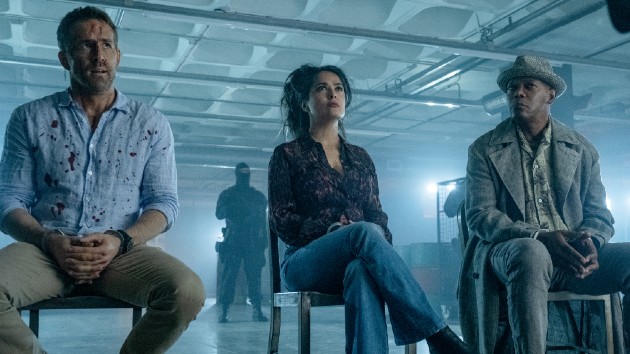 Ryan Reynolds, Salma Hayek and Samuel L. Jackson are back in action in the first trailer for the sequel to the hit 2017 action comedy The Hitman’s Bodyguard.

However, Bryce’s doctor-ordered sabbatical is interrupted nearly literally at gunpoint by Darius’ equally infamous wife, Sonia, played by Hayek, who forces the bodyguard to save her so that she and Darius can have a baby — a revelation that’s a shock to both men.

In addition to the over-the-top action of the first one, the Hitman’s Wife’s Bodyguard trailer shows the film’s banter between the two frenemies is also clearly back.

“How many times have you nearly gotten me killed?!” Reynolds asks. “Not enough!” Jackson replies.

Netflix unveils new trailer for ‘We the People,’ Showtime renews ‘City on a Hill’ for season three, and more