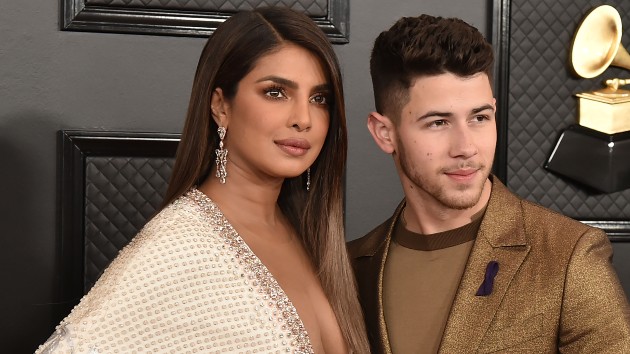 (LOS ANGELES) — Power couple Nick Jonas and Priyanka Chopra Jonas will usher in one of the biggest award shows of the season by revealing the 93rd Oscars nominations.

The duo announced the good news late Wednesday via video, with Priyanka jokingly spilling the beans as part of a faux TikTok challenge.

Said the “Spaceman” singer while fixing up a set of cocktails, “No, you’re supposed to say, ‘Tell me YOU’RE,’ you know?  You sort of told everyone we’re announcing the Oscar nominations.”

As Jonas relays the bad news, Priyanka hilariously flashes a panicked look at the camera and lets off a dismayed, “Oh.”

The video ends with the two, all smiles, as they revel in their big honor.

Priyanka captioned the big announcement by joking whether or not she should list of this year’s nominations solo before attesting, “Just kidding, love you @nickjonas!”

Jonas also shared the adorable video to his Twitter and relayed exactly how “excited” the two are to wake up early for the momentous occasion.

The couple will unveil the nominees across the 23 categories in a two-part live presentation.

Hard work pays off: Antony Starr on the struggles that earned ‘The Boys’ five Emmy nominations