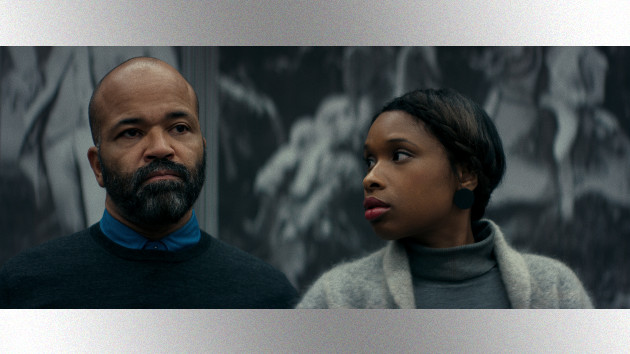 Real-life parents, Jennifer Hudson and Jeffrey Wright, didn’t have to dig too deep to play the mother and father of Steve Harmon, a 17-year-old honor student who is charged with felony murder, in the Netflix thriller Monster.

Hudson tells ABC Audio that the film, which follows the dramatic legal battle to prove Steve’s innocence, was something that definitely hit close to home.

“As a mom and imagining like, ‘Oh, my God, if this were to happen,’ it’s like a nightmare,” she says. “It’s something we see too often but never really want to experience… Just to have to portray it was close enough.”

While Hudson says the story was all too familiar, her co-star Wright says Monster helps to shed light on a “necessary” narrative and an aspect of reality that most don’t get to see.

“When I looked at Kelvin [Harrison Jr.], as young Steve Harmon, I saw my son,” he says. “And what was… compelling about the opportunity to do this film was to show that side of a young Black man’s life. To show that side of love, fullness of humanity, family, which we don’t often see in a story that deals with some of the issues and challenges that this story explores.”

Channeling the complexities of Steve Harmon wasn’t easy for the film’s star. However, Harrison Jr. says once he recognized that Steve was actually a reflection of himself — it became less difficult.

“It starts with just addressing myself and kind of being like, “OK, Kelvin, you’re not any different from Steve,” he says. “You’re still a Black boy who’s just in the world. And you also have to come to terms with how people see you and not knowing how you see yourself first.”

Monster is now streaming on Netflix.

“That’s who we are”: Robert De Niro on today’s launch of his Tribeca Film Festival