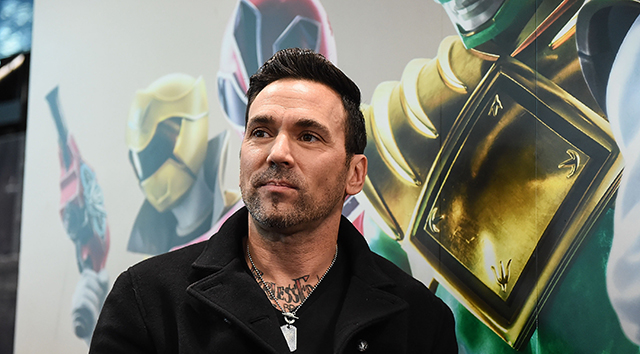 Publicist Justine Hunt confirmed his passing to ABC News. “Please respect the privacy of his family and friends during this horrible time as we come to terms with the loss of such a wonderful human being,” Hunt said in a statement. “He loved his family, friends and fans very much. He will be truly missed.”

Frank played Tommy Oliver on Power Rangers, which debuted on Fox in 1993, and was hailed as one of the series’ most popular characters.

Frank’s character later took on the mantles of the White Power Ranger, Red Zeo Ranger, the Red Turbo Ranger and the Black Dino Ranger.  He made his final franchise appearance in 2018 and also made a cameo alongside original Pink Power Ranger Amy Jo Johnson in the 2017 Power Rangers movie.

Walter Emanuel Jones, the original Black Power Ranger, paid tribute to his late costar on Instagram. “Can’t believe it…. RIP Jason David Frank. My heart is sad to have lost another member of our special family.” he wrote while sharing a group photo of him and Frank, as well as Austin St. John and David Yost, respectively the original Red and Blue Power Rangers.

St. John also honored Frank in a post, writing, “‘Once a ranger, always a ranger’ thoughts and prayers…”

Frank is predeceased by costar Thuy Trang, the original Yellow Power Ranger, who died in a car accident in 2001.

Aside from acting, Frank was a professional mixed martial artist with an eighth degree black belt in karate. He also ran the Rising Sun Karate Academy.

Frank is survived by two sons, Jacob and Hunter, and two daughters, Jenna and Skye.

A cause of death is unconfirmed.

Melinda Dillon, the mom in ‘A Christmas Story’, ‘Close Encounters’, dead at 83

‘Dear Edward’ is about ‘resilience,’ ‘connection,’ and the power of the human spirit, says creator Jason Katims