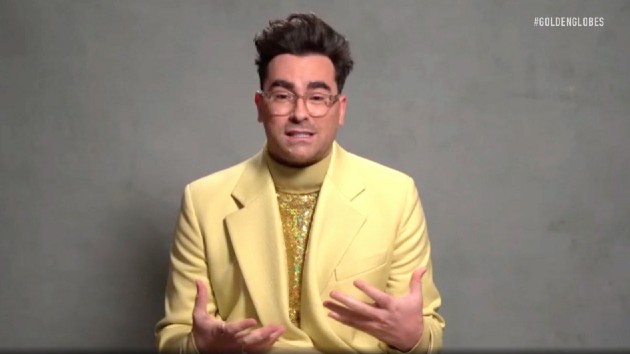 (LOS ANGELES) — Schitt’s Creek won for Best Television Series — Musical or Comedy at the the 2021 Golden Globe Awards on Sunday.

The Canadian sitcom, which released its sixth and final season in April 2020, is up for five awards in total. Catherine O’Hara, who portrayed Moira Rose in the comedy, took home the Golden Globe for Best Actress in a Musical or Comedy TV Series earlier in the night.