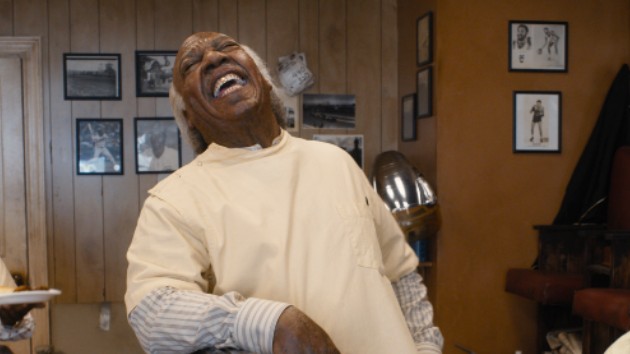 (LOS ANGELES) — Actor and comedian Eddie Murphy will be honored with the Distinguished Artisan Award during the eighth annual Make-Up Artists and Hair Stylists Guild Awards, according to the guild’s website.

The Coming 2 America star will be honored for translating his comedic skills into film and television with an award presented by his co-star Arsenio Hall during its virtual ceremony on April 3.

“From The Nutty Professor to Prince Akeem, Eddie Murphy is a legendary actor whose myriad of characters live in our hearts forever,” said Local 706 president Julie Socash. “He has expertly created memorable personalities in numerous award winning films, often portraying multiple characters in the same film. This award recognizes all the hours that he has spent in the make-up chair collaborating with our talented and innovative make-up artists and hair stylists, and we celebrate these great relationships and Eddie’s enormous talents.”

Eddie Murphy will join actors Johnny Depp and Melissa McCarthy, who were previously honored for enhancing the collaboration of make-up and hair styling artistry to create memorable characters.

The actor has starred in a long list of blockbuster films including 1988’s Coming to America, Beverly Hills Cop, Doctor Dolittle, The Nutty Professor, 48 Hrs., and Dreamgirls, for which he received an Oscar nomination. In 2019, he transformed into Rudy Ray in Netflix’s Dolemite Is My Name, which earned him a Golden Globe award nomination.

This Friday, Eddie Murphy will release his next blockbuster film and sequel, Coming 2 America, on Amazon Prime.

With new teaser, HBO announces ‘Friends: The Reunion Special’ will air May 27

“Welcome back, Eddie Brock”: Check out new trailer to sequel ‘Venom: Let There Be Carnage’