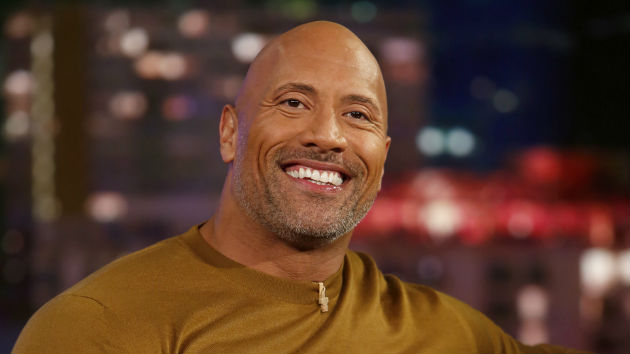 (NOTE LANGUAGE) Dwayne Johnson celebrated his youngest daughter, Tia Giana‘s, third birthday on Sunday and hilariously discovered that his little one is becoming a big kid.

“Happy Birthday to my sweetest lil’ Tia Giana,” the former WWE star gushed on Instagram, sharing a photo of the two hugging by the pool. “Loving, kind, tenacious and tough (like your mama;) and my greatest joy is being your daddy.”

Johnson also promised his little one, “I always ‘got you."”

The Jumanji star also included a major update to his ongoing battle to convince his daughter that he voiced Maui in the 2016 animated Disney movie Moana, a movie she was obsessed with.

“Now that she’s finally starting to understand that daddy is Maui from MOANA, she has one very important question,” chuckled Johnson, revealing Tia asked him, “Daddy do you know Aquaman?”

Aquaman, played by Jason Momoa in the DC Cinematic Universe, is apparently her new obsession.

Johnson admitted he’s jealous his daughter moved on to another hero, revealing a “ridiculous” update later on Sunday.

“For Tia’s birthday she insisted AquaMan join us for breakfast — and then after we eat, she asked daddy to draw Aquaman so she can FRAME IT and hang it up in her room,” he grunted. “Black Adam’s gonna hand out a fresh Aqua A** Whuppin’ if this disrespect keeps up.”

However, because it was Tia’s birthday, Johnson put the call out to the Aquaman star and was able to arrange a FaceTime between the two.

“I can’t thank my brother @prideofgypsies enough for making this adoring 3yr old’s birthday the best EVER. Her reaction is priceless and what it’s all about,” he gushed, sharing the video of their call, which ended with Tia jumping around excitedly after they waved goodbye.

Ahead of its second-season premiere, Jason Momoa’s ‘See’ gets third season renewal on Apple TV+