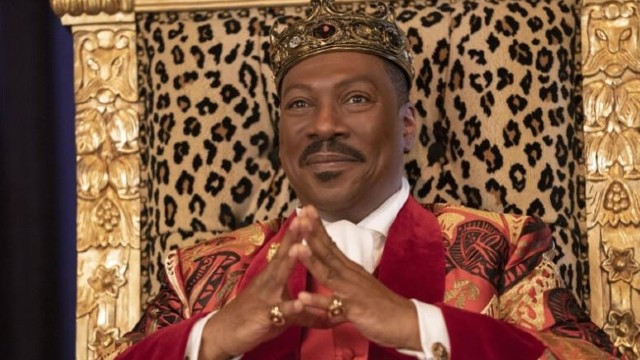 (LOS ANGELES) — For just the third time since the rankings were created last summer, a film snagged the top slot on Nielsen’s weekly streaming chart — and that crown goes to Coming 2 America.

The Eddie Murphy/Arsenio Hall sequel attracted 1.4 billion minutes of streaming from March 1 to March 7, according to Nielsen numbers quoted by Deadline.

The rankings do not count mobile device streaming but only viewing over a TV. That makes the movie Amazon Prime’s first #1 property to top the list.

Deadline notes that the only other movies ever to top the Nielsen streaming charts were last summer’s Spenser Confidential on Netflix, and Disney/Pixar’s Soul and HBO Max’s Wonder Woman 1984, which traded the top slot over Christmas week.

‘Hawkeye’ coming to Disney+ on November 24

Lizzo jokes that she and Chris Evans are “going to have a Little America!”

Michael B. Jordan weighs in on chances of Killmonger appearing in ‘Black Panther 2’