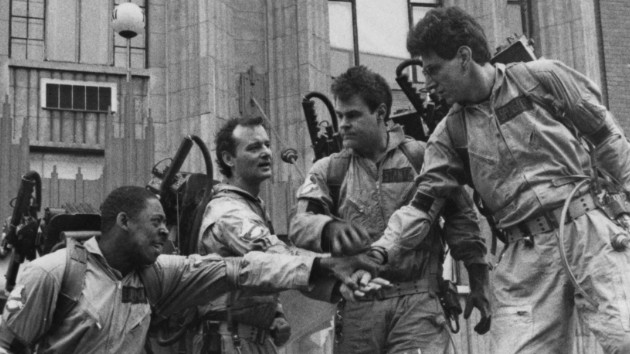 In a wide-ranging conversation with Collider about his career, Bill Murray shed some light on what got the mercurial actor back in the jumpsuit as wiseguy parapsychologist Dr. Peter Venkman for the upcoming Ghostbusters: Afterlife.

He says it all started with a call from director and co-writer Jason Reitman, the son of Ghostbusters and Ghostbusters 2 director Ivan Reitman. The film will reunite the entire original cast, with the exception of series co-creator Harold Ramis, who passed away in 2014, and Rick Moranis.

Murray recalls the younger Reitman telling him, “I’ve got an idea for another Ghostbusters. I thought, ‘What the heck could that possibly be?’…I remember his Bar Mitzvah. I was like, ‘What does this kid know?"”

Murray added that the idea turned out to be “wonderful.” He adds, “It really has the feel of the first one, more than the second one or the girls’ one…I think he’s really got something.”

Murray explained shooting it, “was really hard,” adding, “That’s why I think it’s gonna be good.”

But the actor adds, “Usually, when something has a very high misery quotient, something comes of that and some quality is produced that, if you can capture it and project it, comes on the screen and affects you.”

After delays due to the pandemic, Sony is set to open the film November 10. “I’m glad they did,” Murray says. “It will be worth seeing.”