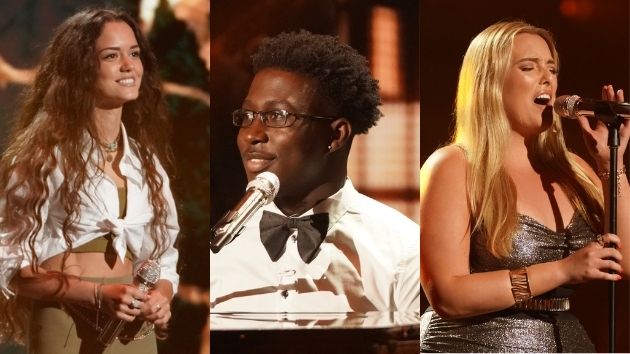 The remaining contestants, which make up the Top 16, went on to give a performance — but they aren’t safe for long. America is tasked, again, with voting for their favorites in hopes that they will make it through to the next round and the Top 10, which will be revealed during Monday’s show.

In addition to the Top 10 that the nation will chose, judges Katy Perry, Lionel Richie, and Luke Bryan, will also choose two contestants to move forward in the competition, bringing the total to 12.

Alyssa Wray
Roberta Flack “Killing Me Softly With His Song”

Wyatt Pike
Kings of Leon “Use Somebody”

Colin Jamieson
Tears For Fears “Everyone Wants To Rule The World”

Beane
Thirdstory “Searching For A Feeling”

Chayce Beckham
Bob Marley and The Wailers “Waiting In Vain”

‘The Bachelorette’ recap: Michael A. chooses his son over a chance at love with Katie

‘The Bachelorette’ recap: A shocking and heartbreaking exit rocks the house