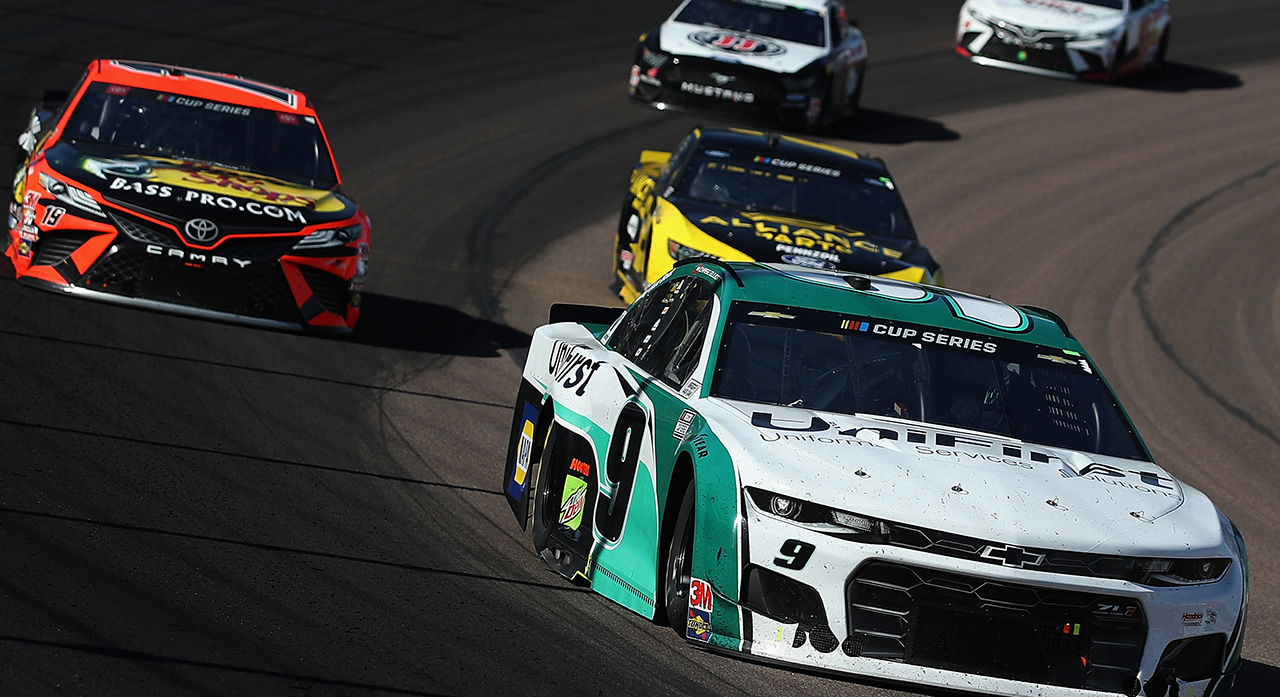 Pete Pistone takes a look at the top 10 NASCAR Cup Series organizations heading into the 2021 season.

Hendrick Motorsports
The reigning Cup Series champions enter the new campaign as the team to beat. Chase Elliott returns looking for back-to-back titles with William Byron and Alex Bowman also holdovers from a year ago. Kyle Larson comes back to NASCAR to round out the four-car stable looking to give team owner Rick Hendrick yet another shot at the coveted crown.

Team Penske
The trio of Brad Keselowski, Joey Logano and Ryan Blaney put eight wins on the board last season. Roger Penske‘s team also had Logano and Keselowski as representation in the Championship 4. It was all a culmination of a preseason driver/crew chief swap that paid dividends. All three teams come back intact and with a year of experience working together under their belts should be even stronger in 2021.

Stewart-Haas Racing
The incredible season for Kevin Harvick and his nine wins was one of the 2020 campaign‘s biggest stories. Harvick and the No. 4 team came up short of making the Championship 4 and that disappointment will be a source of motivation in the new year. Cole Custer scored a win as a rookie and this year the team welcomes another freshman in Chase Briscoe, who takes the No. 14 ride vacated by Clint Bowyer. Aric Almirola had a career-year when it came to top fives, top 10s and laps led, but failed to visit Victory Lane in 2020.

See Also: One on one with Aric Almirola

Joe Gibbs Racing
Denny Hamlin put together one of his best Cup performances with seven wins, including a third Daytona 500 victory, and a Championship 4 appearance. However, the Cup title remains elusive for the veteran driver who leads a team that saw former champs Kyle Busch and Martin Truex Jr. combine for just a pair of trips to Victory Lane. The trio is joined by Christopher Bell, who migrates from Leavine Family Racing affiliated team to inside the JGR Mother Ship. On paper this team remains one of the best in the sport but there‘s clearly work to be done from a season ago.

Chip Ganassi Racing
A season of turmoil thanks to the suspension and subsequent dismissal of Kyle Larson did end up with a playoff appearance for CGR. Thanks to Kurt Busch‘s victory, the No. 1 entry did have a chance at a title but was eliminated from contention after the Round of 8. Busch is back and joined by a new running mate in Ross Chastain, who finally gets a solid full-time Cup ride. If the No. 42 Chevrolet‘s performance can get more in line to what Busch did in its sister ride last season, CGR will have a legitimate chance to success.

See Also: One on one with Kurt Busch

Richard Childress Racing
The duo of Austin Dillon and Tyler Reddick are back for RCR after both drivers putting up relatively solid numbers last year. Dillon won a race to make the playoffs and Reddick‘s performance at times was better than his three top-five, and nine top-10 finishes represent. There‘s a foundation for the team to grown on in 2021.

Wood Brothers Racing
The single-car team will have Matt DiBendetto back for his swan song behind the wheel of the No. 21 Ford before Austin Cindric elevates from the Xfinity Series to take the ride in 2022. DiBenedetto as usual had a year with some spirited runs and remains one of the sport‘s fan favorites. Will he get Cup win number one and the 100th series victory for the storied team? It will be a top storyline to follow this season.

Roush Fenway Racing
Chris Buescher and Ryan Newman finished 21st and 25th, respectively, in last year‘s point standings. Needless to say there is much room for improvement with this two-car Ford team that remains intact for the new season.

Front Row Motorsports
They did a lot with a little at times last year as this underdog team paired Michael McDowell with John Hunter Nemechek for the full campaign. Rookie Anthony Alfredo slides into the ride for Nemechek, who departed for Kyle Busch Motorsports in the Camping World Truck Series. McDowell is coming off his best finish in the standings and looks forward to the change in the Cup Series schedule that will feature seven road-course events.

23XI Racing
One of the new teams coming into the sport this year has a strong pedigree — Michael Jordan and Denny Hamlin as co-owners, TRD backing and an alignment with JGR and full season sponsorship. Bubba Wallace gets an opportunity to be the maestro behind the wheel and orchestrate what on paper is a team that could make some noise in its first year of existence.